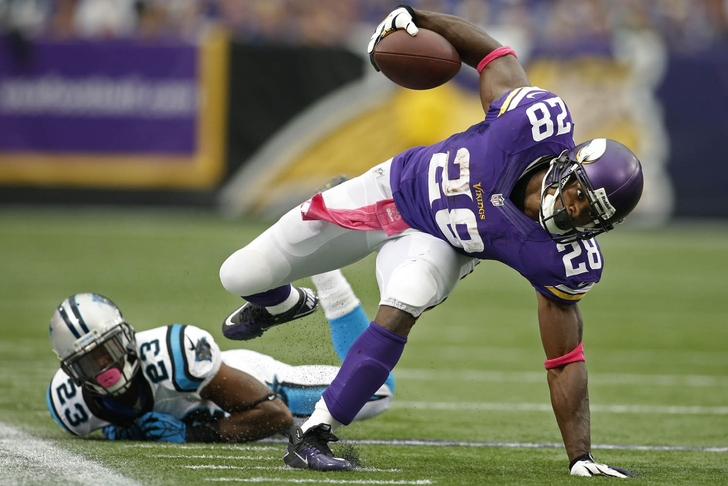 Minnesota Vikings head coach Mike Zimmer says the team is currently planning for multiple outcomes regarding currently-suspended running back Adrian Peterson, with AP not able to even be considered for reinstatement by the NFL until April 15th.

"It is difficult. We’re going to have a couple of different plans for if Adrian can get back, and if he can’t,” Zimmer said, via Vikings.com and KFAN. “Really, our hands are tied until we can figure out that and then we can move into which plan we want to go to. It makes it more difficult, but we’ve got other areas that we have to focus on and try to correct as well. The thing with Adrian, hopefully, will get resolved very shortly and then we can get on to trying to improve this football team and make the fans proud of how we go out and play.”

Peterson hasn't played since Week 1 of the 2014 NFL season. He is currently slated to make $12.75 million in 2015 with three years left to go on the current construct of his contract with the Vikings.