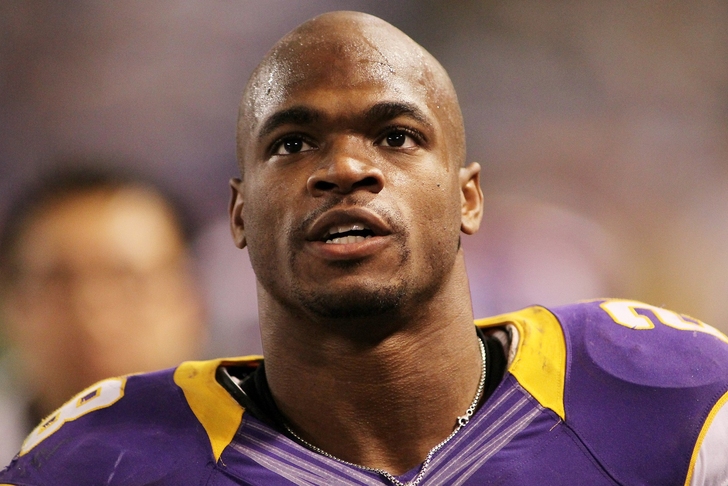 The Minnesota Vikings won't likely reveal a really clear plan of attack on addressing suspended running back Adrian Peterson's status with the team for a while yet, but veteran wide receiver Greg Jennings says that he'll be welcomed back with "open arms" if he does return to the team.

“I don’t know if he’ll be back. I can’t answer that question,” Jennings said in a SiriusXM NFL Radio interview on Friday, via Ben Goessling of ESPN.com. “But what I do know is that if he does come back, he’d be accepted with open arms. As an organization from the Wilfs on down, we all want him back. So, I mean, it’s a touchy subject and he’s been the franchise player -- face of that team -- for eight years. So it will be a loss, a huge loss, if we can’t get him back, and that’s the nature of this business.”

Peterson won't even be considered for reinstatement by the NFL until April 15th, but he does realize just how much support he has from at least some of his teammates.

"There's people in the organization that I know hands down love me," Peterson said back in December. "I feel skeptical, of course, but that has been comforting."