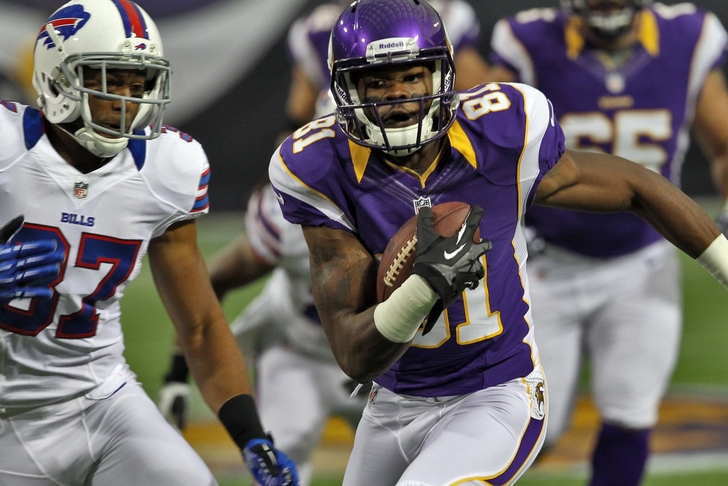 In this Vikings news and rumors update, Minnesota Vikings WR Jerome Simpson's current three-game suspension (the result of a DUI arrest from November 2013) might be the least of his worries at the present moment.

Per Mike Florio of NBC's Pro Football Talk, "as explained by Brian Murphy of the St. Paul Pioneer Press, Simpson’s July 7 citation for marijuana possession and possession of an open container of alcohol could result in a finding that he has violated probation as a result of that DUI incident."

Simpson's probation supervisor, Brian Kopperud, indicated that he hadn't known about the incident until it was reported by the Pioneer Press.

“We are gathering information on the incident and we will be acting on Mr. Simpson accordingly,” Kopperud said, via Florio's article on Thursday.  “Technically, he should have made us aware this happened.”

With all of this in mind, it is possible that the league could impose another suspension on Simpson, who is currently slated to rejoin the team after Minnesota's Week 3 matchup in New Orleans.