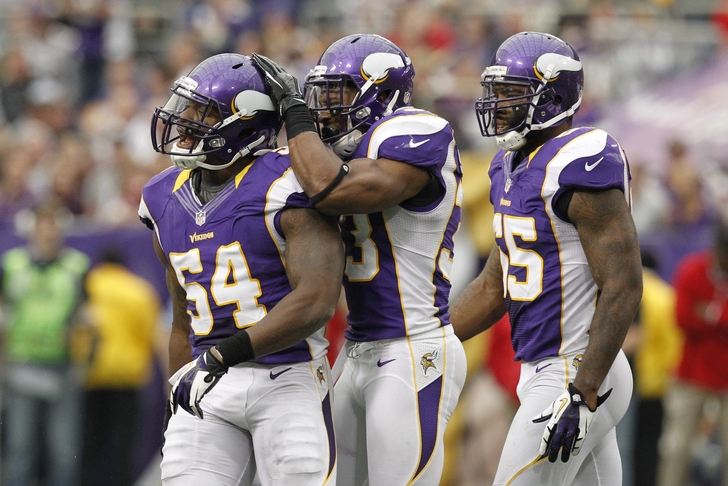 In Vikings news today, the Minnesota Vikings might still have work to do in order to fix the worst scoring defense in the NFL from 2013.

In his recent mailbag for ESPN.com, writer Ben Goessling discussed what he thinks is the weakest position for the team after the 2014 NFL Draft: "Just looking at the roster right now, I'd have to say it's the linebacker position. The Vikings have some options there, and they could have a solid starter on their roster already between Audie Cole, Michael Mauti and Jasper Brinkley, but it's just hard to know if they have a reliable starter on their roster."

Goessling doesn't believe that the Minnesota Vikings will attempt to address said weakness right away via trade or free agency. Rather, he expects them to try to develop the talent they already have into a unit of strength.

All in all, Goessling is still optimistic about the middle of the team's D going into 2014: "at this point, it looks like a weakness in part because we don't know if one of the young linebackers (Cole or Mauti) can take the position and be consistent, but things could turn out to be just fine there."

If things do turn out to be "just fine," the revamped Vikings defense might author a huge turnaround in the season to come.

Your Vikings news whenever and wherever you want it. Download our new Chat Sports iPhone app and follow our Vikings team page today.