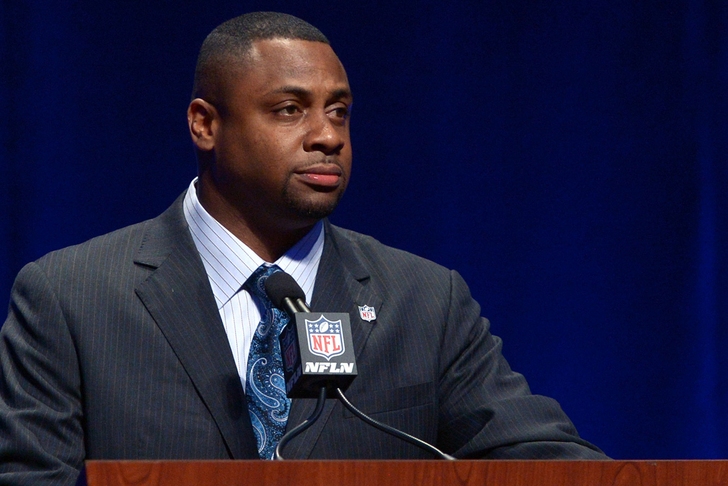 Despite the NFLPA's request that NFL executive vice president Troy Vincent speak directly to appeals officer Harold Henderson during Minnesota Vikings running back Adrian Peterson's appeal hearing on Tuesday, it doesn't appear that will be the case.

However, according to the source (who spoke on condition of anonymity), Henderson could meet with Vincent later in the week for a separate testimony depending on the evidence that is presented to him at Tuesday's hearing.

According to Pelissero's report, Peterson recorded conversations that he had with Vincent where the NFL executive VP urged the Vikings RB to meet with outside experts at a November 14th hearing. Vincent is quoted in the transcript of those conversations as telling Peterson that he could receive credit for time served if he attended the hearing.

Furthermore, Vincent is also reportedly quoted as saying that Peterson would not be subjected to NFL commissioner Roger Goodell's enhanced personal conduct policy.

Vincent is currently on the witness list for a Tuesday Senate Commerce Committee Hearing on domestic violence - a scheduling conflict that will apparently keep him away for Peterson's hearing.