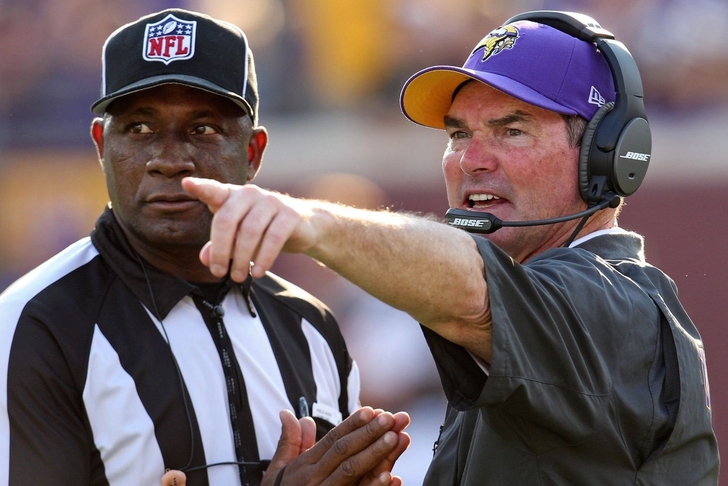 Can't get enough Vikings news and rumors? Be sure to download our 5-star iPhone app today!

Minnesota Vikings head Mike Zimmer did not like what he saw from his team during their 17-3 loss to the Detroit Lions on Sunday.

Zimmer laid into his players after the loss, pointing out that more players than usual were late for meetings during the week and that he would fine tardiness "to the max" from here on out.

He continued along that same track on Monday.

"His biggest thing is like, 'I'm going to take playing time,' because that's what matters to players," fullback Jerome Felton said, via ESPN.com. "That'll get it solved real quick."

Zimmer softened some of the blow via the media on Monday, attributing his anger to "Zimmer being Zimmer."

However, that doesn't change the main message behind his vitriol.

"I'm not very accepting of these kinds of things."