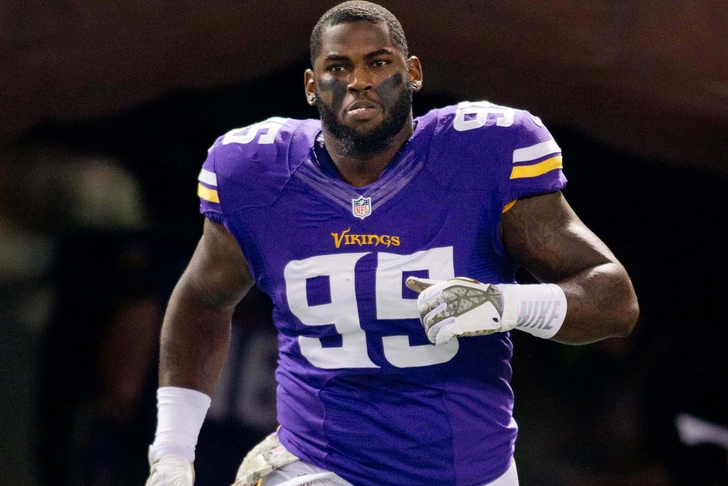 The Minnesota Vikings head into the weekend with four projected starters listed as questionable on their final injury report of the week - Greg Jennings, Matt Kalil, Jarius Wright, and Sharrif Floyd.

Most of the players in question were optimistic when asked about their statuses for Sunday's division clash with the Green Bay Packers, but remained questionable from an official standpoint.

Per Ben Goessling of ESPN.com, "of the four, Floyd would seem like the biggest unknown. The defensive tackle did not practice Friday after banging knees with another player during Wednesday's practice. He said a MRI showed no damage to his knee, but the fact he did not participate on Thursday or Friday -- and had crutches next to his locker both of those days -- leaves his status in some doubt."

Floyd is content to leave the decision in head coach Mike Zimmer's hands.

"I'll go as he goes," Floyd said in reference to Zimmer.