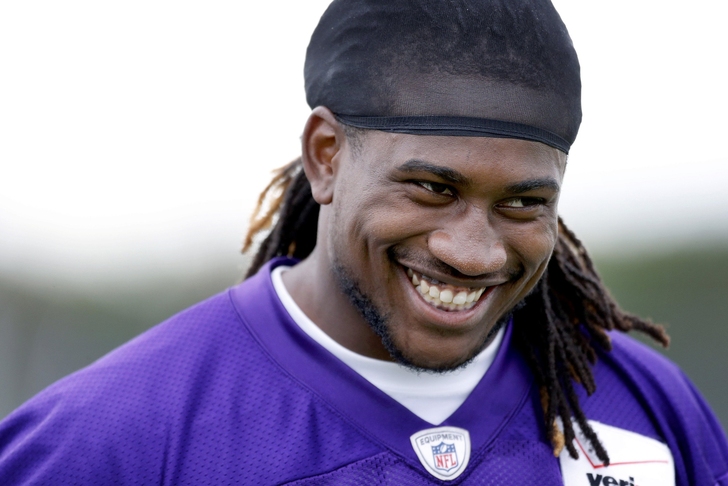 In Vikings news tonight, Minnesota Vikings wide receiver and kick return threat Cordarrelle Patterson says that his stellar rookie campaign with the Vikings in 2013 isn't even the tip of the iceberg.

Per Michael David Smith of Pro Football Talk, "at the Vikings’ minicamp, Patterson said he was disappointed with himself as a rookie because he thinks it took him too long to figure out what it takes to be an NFL player. Patterson believes that with his rookie year under his belt and a full offseason of work, he’s going to be significantly better in 2014."

"I think I was kind of bad last year," Patterson said in an interview with ESPN. "This year will be way better."

If Cordarrelle Patterson can be "way better" than the seven offensive touchdowns and All-Pro kick returning skills which he put on display in 2013, we may be witnessing the birth of a superstar as the 2014 NFL season progresses.

Your Vikings news whenever and wherever you want it. Download our new Chat Sports iPhone app and follow our Vikings team page today.