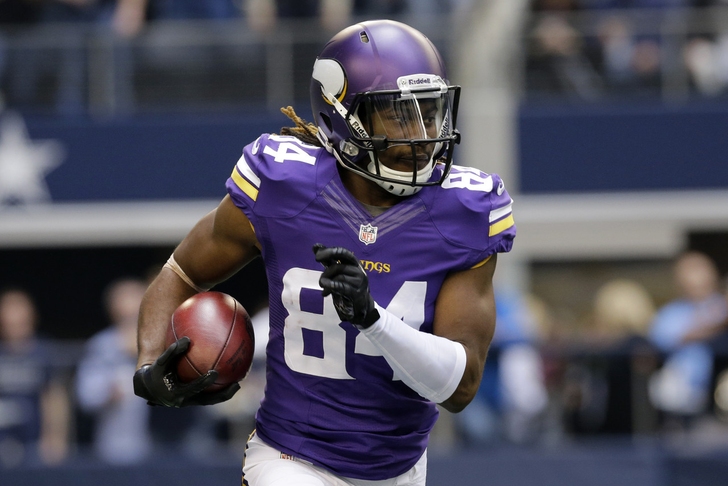 In this Vikings news and rumors update, Minnesota Vikings wide receiver Cordarelle Patterson should be all systems go for Sunday's game at the New Orleans Saints.

Per Mike Wilkening of NBC's Pro Football Talk, "Patterson, who landed on the injury report Thursday with a chest ailment, is listed as probable after putting in a full practice Friday. He is one of five Vikings who are probable, including right tackle Phil Loadholt (ankle) and right cornerback Xavier Rhodes (groin)."

With Adrian Peterson indefinitely banished from the team and wide receiver Jerome Simpson having been released due to another run-in with the law, Patterson's combination of top-tier speed and positional flexibility makes him a beyond-crucial element of the Vikings' attack going forward.

At this juncture, it doesn't look like the chest ailment that has been plaguing him will be too much of an issue come this weekend, so expect big things on the gridiron as the Vikings look to bounce back from last Sunday's loss to the New England Patriots.