Vikings LB Chad Greenway doubtful for Sunday against the Lions 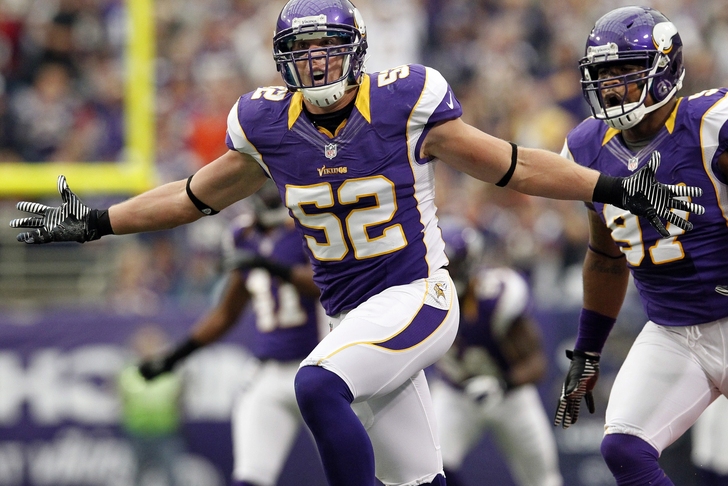 Can't get enough Vikings news and rumors? Be sure to download our 5-star iPhone app today!

Minnesota Vikings veteran linebacker Chad Greenway returned to the practice field this week, but he remains doubtful for Sunday's game against the Detroit Lions as he continues the healing process from breaking three ribs (and his hand) against the Saints back on September 21st.

The Vikings officially listed Greenway as doubtful Sunday which, per Ben Goessling of ESPN.com, "would likely put Gerald Hodges in line to start a third consecutive game at weakside linebacker. Greenway said his ribs are continuing to feel better, and Zimmer said this week that Greenway's broken hand isn't a major concern at this point, but for a player who rarely, if ever, comes off the field when he's healthy, it will probably take a little more time to return to such a major role."

For Greenway, it's all about getting back to breathing properly.

"The pain is in the breathing," Greenway said, via Goessling's article on Saturday. "I just haven't done anything to push myself for a couple weeks, so that was the worst (part). I've been feeling really good, and better and better every day."

While Greenway might not be clear for Sunday, his evaluation of his own pain level might bode well for the remainder of the 2014 NFL season.