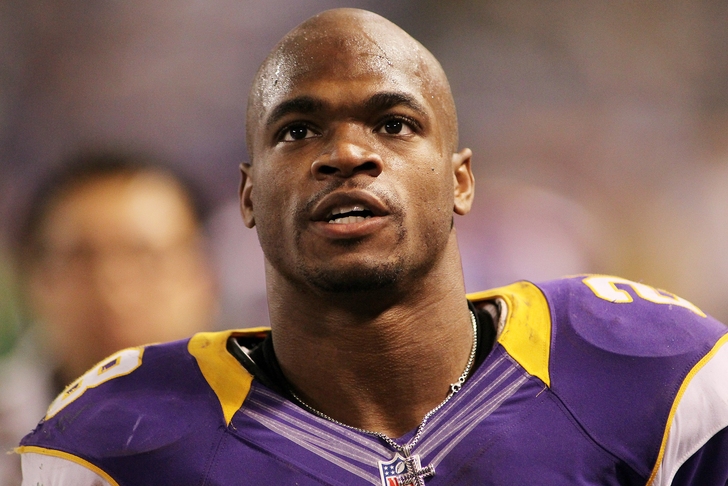 According to KHOU 11's Jeremy Rogalski, the four-year-old is by a different mother than the previously-alleged victim in Montgomery County, Texas:

As Rogalski reports, "the latest incident allegedly occurred last June, while the boy, who lives out of state, was visiting Peterson at his gated home in The Woodlands. A photo, allegedly texted by Peterson to the boy's mother, shows a head wound to the boy covered by two bandages. Other photos, allegedly taken weeks later, reveal a scar over his right eye."

The text messages in question shed some light onto the nature of what happened:

"Mother: "What happened to his head?"

Peterson: "Hit his head on the Carseat."

Mother: "How does that happen, he got a whoopin in the car."

The text messages go on to indicate that Peterson was discipling his son for using curse words towards a sibling.

Per Deadspin editor Timothy Burke, KHOU 11 is reporting that Peterson is accused of leaving a scar on one of his four-year-old's faces:

KHOU reporting Peterson is accused of beating another one of his four-year-olds so badly it left a scar on his face.

While we are still gathering information on the nature of this report, KHOU 11 News out of Houston is reporting that Minnesota Vikings running back Adrian Peterson is currently under investigation for a second child abuse case involving one of his young sons:

Chat Sports will have more on this breaking story as additional information is made available to the press.