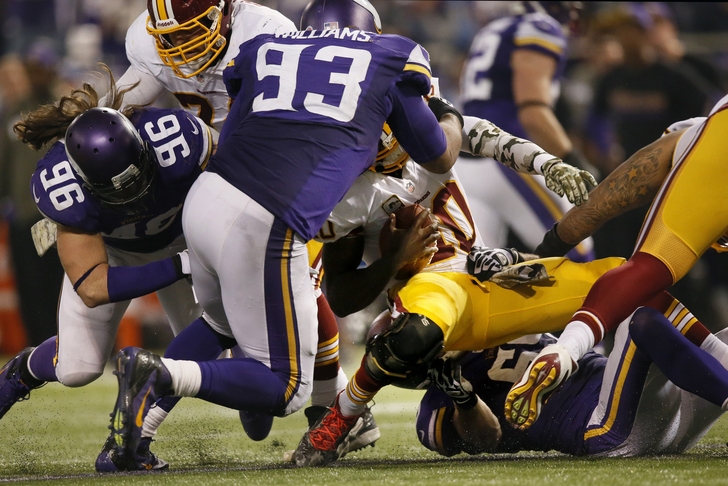 Minnesota Vikings rumors turned into news the past week when the Vikings signed three defensive linemen in free agency--making it clear to the longest-tenured Minnesota Viking (as of March) that his time is over in the Twin Cities.

"That speaks for itself," Williams stated in regard to the Vikings' recent activity in free agency. "I guess they're going to do what they got to do."

Despite the less than ceremonious exit, the 33-year-old Williams holds no grudges over the way things have ended with the Minnesota Vikings--

Williams was the 9th overall pick of the Minnesota Vikings back in the 2003 NFL Draft. The six-time NFL Pro Bowler has amassed 60 total sacks over his career--good for fourth all-time in Minnesota Vikings history.