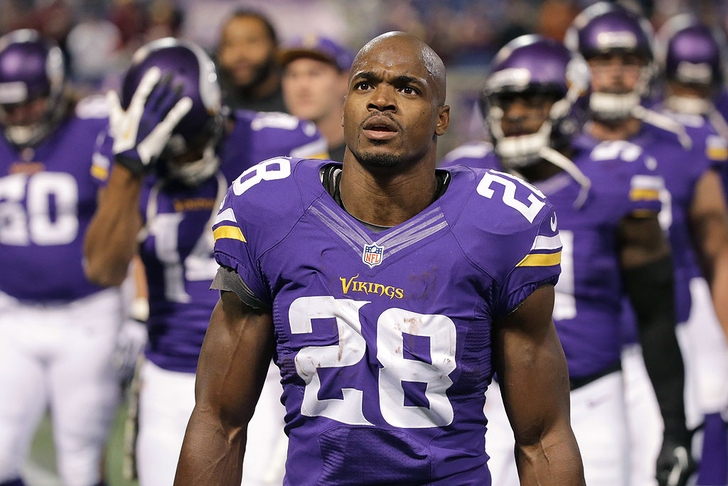 The NFL suspended Minnesota Vikings running back Adrian Peterson for the rest of the season on Tuesday, just two weeks after pleading no contest to reckless assault of a child. He was facing felony child abuse charges after hitting his son with a switch, which Peterson admitted to, but said it was for disciplinary purposes.

Commissioner Roger Goodell said Peterson had shown "no meaningful remorse" for his conduct, which is why the hefty suspension was handed down.

"I won't ever use a switch again," he said. "There's different situations where a child needs to be disciplined as far as timeout, taking their toys away, making them take a nap. There's so many different ways to discipline your kids."

Peterson insisted that is focus was on repairing his relationship with his son, and that he would prove Goodell wrong.

"No one knows how I felt when I turned my child around after spanking him and seeing what I had left on his leg. No one knows that Dad sat there and apologized to him, hugged him and told him that I didn't mean to do this to you and how sorry I was. I love my son. I love my kids, my family. Like I said, after I took the misdemeanor plea, I take full responsibility for my actions. I regret the situation. I love my son more than any one of you could even imagine."

Peterson is appealing the suspension in hopes of being able to return to the field this year. Showing remorse in this interview will be his team's argument against the league, but there certainly is no guarantee Goodell would shorten the suspension. In saying that, the interview certainly won't hurt Peterson's case.