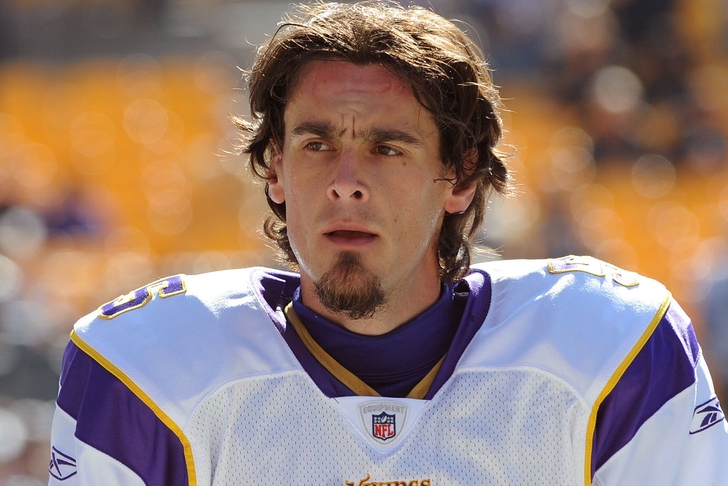 The results of an independent investigation into former punter Chris Kluwe's wrongful termination claims against the Minnesota Vikings have come in, but the team is reportedly refusing to share its findings with the public.

In response, Kluwe stated in a press conference on Tuesday that he is planning to sue the team for breaking a promise to release the investigation's findings as soon as they came in. Several sources close to the situation are indicating that the results favor Kluwe in most respects, leading to the team attempting to keep them under lock and key for now.

Back in January, Deadspin posted an open letter from Kluwe in which he accused the Minnesota Vikings of terminating his contract in May 2013 due to his work as a gay rights activist the previous year.

The bulk of Kluwe's condemnation of the team was directed at Vikings special teams coach Mike Priefer, who the 32-year-old called a "bigot."

Per Kluwe's letter (via Jeff Gray of SB Nation), there is one reported incident that Kluwe deemed as especially offensive:

Near the end of November, several teammates and I were walking into a specialist meeting with Coach Priefer. We were laughing over one of the recent articles I had written supporting same-sex marriage rights, and one of my teammates made a joking remark about me leading the Pride parade. As we sat down in our chairs, Mike Priefer, in one of the meanest voices I can ever recall hearing, said: "We should round up all the gays, send them to an island, and then nuke it until it glows." The room grew intensely quiet, and none of the players said a word for the rest of the meeting.

The day after the letter was released, the Minnesota Vikings announced that they had hired former Chief Justice of the Minnesota Supreme Court Eric Magnuson and former U.S. Department of Justice Trial Attorney Chris Made to conduct a special investigation into Kluwe's claims.

In a statement released on Tuesday, the Vikings denied Kluwe's allegations of broken promises and indicated that the team is seeking legal counsel in order to best evaluate their options going forward:

After the Vikings were given the investigative materials from Magnuson and Madel, in order to further maintain objectivity and integrity, the team engaged a nationally-prominent law firm - Littler Mendelson P.C. - to evaluate employment law matters and provide findings and recommendations to the Vikings. Those recommendations are to be provided to the team this week.

The Vikings' press release also adds that "as Magnuson and Madel confirmed today, the Vikings have never made or broken promises as Kluwe and his attorney Clayton Halunen have claimed."

According to SB Nation's Jeff Gray, Kluwe stated that his lawyer will meet with the Vikings on Thursday, and that he could be willing to drop the lawsuit if the team releases the report to the public.

Kluwe's attorney added that the two sides are close to reaching a settlement, and as reported by Matt Vensel of the Minneapolis Star-Tribune, that at least one of Kluwe's allegations are backed up by the investigators' findings:

Kluwe's attorney said he knows the investigators corroborated Kluwe's claim the Mike Priefer did say the "nuke the gays" comment.

For all the latest on this story, stay tuned to Chat Sports and our Minnesota Vikings team page.