The 5 Hardest Games On The Vikings' 2017 Schedule 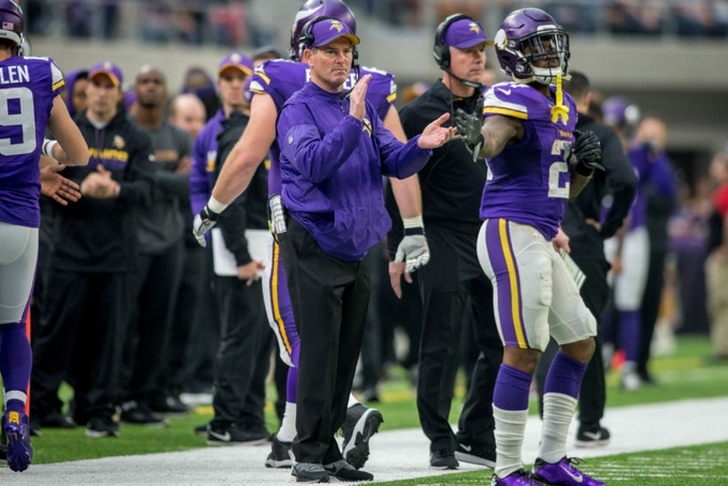 The 2017 NFL schedule was released last month and the Minnesota Vikings have a tough road ahead of them in their quest to make it to the NFL Playoffs next season. These are the five hardest games standing between the Vikings and the postseason berth they missed out on last year.

5. at Carolina Panthers (Week 14)
The Panthers had a down year last year, but should be better in 2017. Cam Newton will give the Vikings defense trouble (if he's healthy), and road games aren't easy. This is actually the third straight road game for Minnesota, which is why it beat out a Week 10 road matchup against the Washington Redskins after the Vikings' bye.

4. at Detroit Lions (Week 12)
This is the start of a brutal stretch for the Vikings which features three straight road games and four of five on the road. The lone break is a home game against the Cincinnati Bengals. The Lions were a playoff team last year and they'll be a contender again this year. It's a game with less rest too, since it's the early Thanksgiving game.

3. at Atlanta Falcons (Week 13)
The Falcons really should have won the Super Bowl last year and they should be among the top teams in the NFC again this year. This one takes place in Atlanta's new Mercedes-Benz Stadium, and while the extent of the home-field advantage the new venue provides the Falcons is unclear, it's always extremely hard to beat one of the league's best teams on the road. This game ranks lower on the list because the Vikings do get some extra prep time following their Thanksgiving game against the Lions.

2. at Pittsburgh Steelers (Week 2)
The Vikings have their first road game of the year in Week 2, following a Monday Night game at home vs. the Saints. The Steelers are the toughest AFC team the Vikings face this year, provided the big three of Ben Roethlisberger, Antonio Brown and Le'Veon Bell are healthy. The Steelers pass rush will be a formidable test for the new-look Vikings offensive line.

1. at Green Bay Packers (Week 16)
Green Bay is one of the elite teams in the NFC once again and this is the toughest game the Vikings have all year. The sheer talent the Pack have is tough enough. Add in this being the fourth road game in five weeks and it's easily the toughest. This matchup could have major NFC North and playoff implications. It's the Saturday night game on the weekend before Christmas.

Follow our Minnesota Vikings team page for all the latest Vikings news or download the Chat Sports App!