3 Things To Watch For At Minnesota Vikings Training Camp 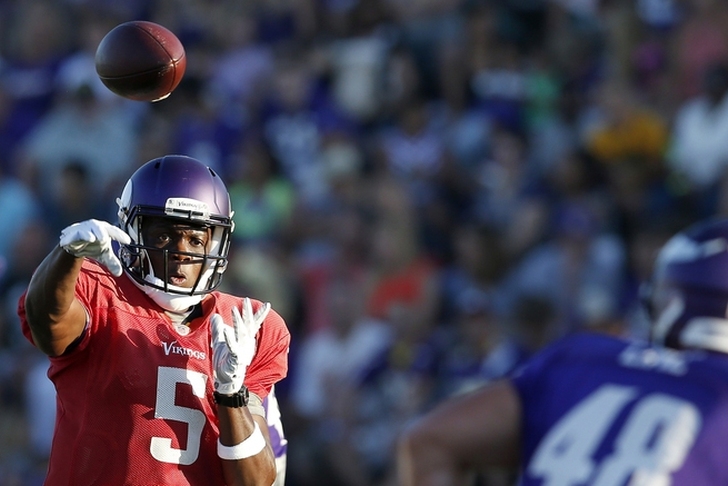 The 2015 NFL season is just weeks away, and there’s plenty of intrigue to spare surrounding the Minnesota Vikings as the days tick down. Here are three things to watch for in training camp:

How has Teddy Bridgewater progressed?

Bridgewater shined in his rookie season, passing for just under 3,000 yards and 14 touchdowns in just 13 games. Now that he has some experience and a full offseason to prepare, he should only improve in 2015.

How will Mike Wallace's arrival change the offense?

The Vikings have been trying to find a No. 1 receiver ever since Randy Moss left, and Wallace is perhaps the closest Minnesota has come to acquiring one. He's a premier deep threat with speed that makes him a threat to score every time he touches the ball, and he gives the Vikings a premier weapon to put on the other side of Cordarrelle Patterson.

Will Adrian Peterson be rusty?

With his return, the Vikings suddenly have one of the league’s premier offensive stars back in the mix. An angry Adrian Peterson will likely be a determined Adrian Peterson, and that will lead to opposing tacklers being strewn everywhere with their jaws agape and their heads hung low. Peterson has carried Minnesota's offense since Brett Favre retired, and the Vikings need him to return to form for them to reach their full potential.