3 Reasons Why The Vikings Are GUARANTEED To Beat The Packers 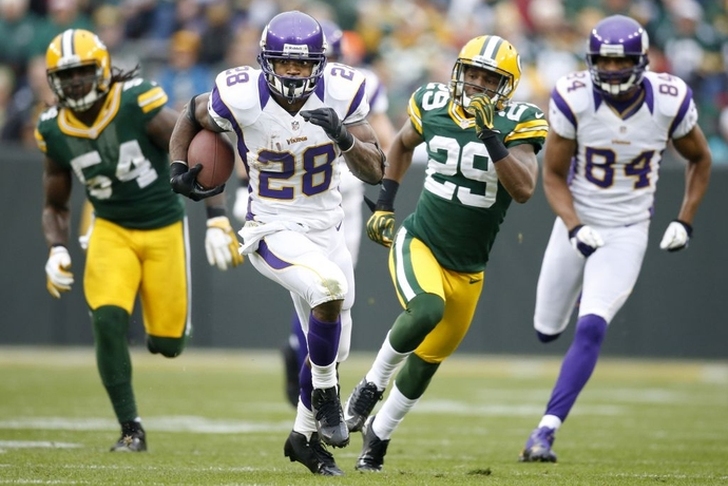 There are very few guarantees in the game of football, but when it comes to the Minnesota Vikings' home game against the Green Bay Packers this week, we've found an exception to the rule. Here's 3 Reasons Why The Vikings Are GUARANTEED To Beat The Packers

3. No Pass Rush In Green Bay

The Packers have failed to record a single sack in over a month. They don't have the horses right now to cause any sort of trouble for Minnesota's stout offensive line, which will give both QB Teddy Bridgewater and the running game time to dissect the Packers play by play.

Minnesota is built to run the ball down opponents' throats, and Adrian Peterson is the main reason why. Teddy Bridgewater understands his role as a game manager and has done a fantastic job protecting the ball in order to set Peterson up for success. Green Bay's front seven is extremely vulnerable and Peterson's going to exploit that BIG TIME.

Aaron Rodgers is showing actual human weakness in the pocket. The Minnesota Vikings' defense is rounding itself into one of the league's premier defenses. This is a chance for the Vikings to take a two-game lead over the Packers in the NFC North and establish themselves as the new powers of the division. They won't let this chance go to waste.