3 Reasons Why The Vikings Are GUARANTEED To Beat The Lions 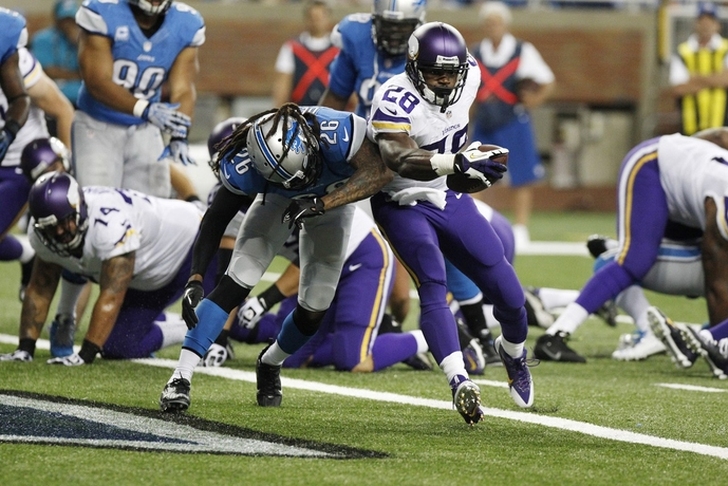 There are very few guarantees in the game of football, but when it comes to the Minnesota Vikings' road game against the Detroit Lions this week, we've found an exception to the rule. Here's 3 Reasons Why The Vikings Are GUARANTEED To Beat The Lions.

The Vikings are running all over opponents this year, ranking 6th in the NFL with 126.0 rushing yards per game. Expect a steady dose of Adrian Peterson all day long against a spotty Detroit run defense surrendering 120.7 yards per contest on the ground (26th). The Lions don't have the talent nor the depth to keep him in check for long.

The Vikings have committed the fewest penalties in the NFL this year, only being flagged 32 times. The Vikings offense has committed only 9 penalties -- the best mark in the league. The only way Minnesota will lose a game against this mess of a Detroit team is to beat themselves. That's not happening with this disciplined Vikings team.

3. Have You Watched A Lions Game?

This past week's win over an equally-as-putrid Chicago Bears team doesn't count. Detroit has been an undeniable mess on both sides of the ball thanks to shoddy adherence to defense assignments, a nonexistent running game and a noticeable lack of fire. This Vikings team has been the Lions' polar opposite in all those respects, making for a major mismatch in favor of Minnesota.