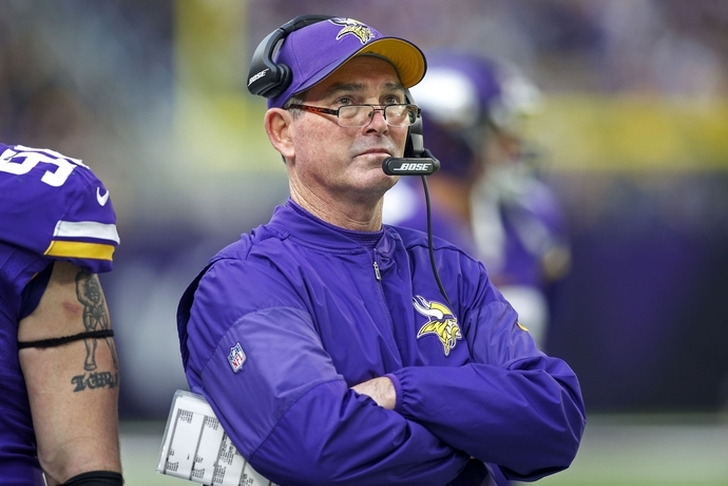 The 2017 NFL Draft will start in just under a month, and there will be plenty of trades. That's just the nature of the draft, although those trades are very difficult to predict. One team that could make some noise is the Minnesota Vikings, as they could look to trade back into the first round.

To help determine the value of each pick and what it would cost, we're using the NFL trade value chart. While the trade values won't match up exactly, we tried to get them as close to even as possible. With that in mind, here are three trades the Vikings could make in the NFL Draft.

Minnesota does have two third-round picks (thanks to the Dolphins), putting a potential deal like this on the table. The Vikings also don't have a lot of needs, so they could gamble in hopes of landing a high-impact player in the top 15. Maybe they jump everyone and become the first team to draft an offensive lineman? That would certainly make sense. As for the Colts, they are looking to trade down in the draft, and getting this haul could be enough for them to pull the trigger.

This is the other direction the Vikings can go - since they don't have a first-round pick this year, they could trade back and acquire more picks (including future ones). Carolina has shown an aggressive mindset leading up to the draft, targeting the No. 2 pick and trading starting DE Kony Ealy and a third-round pick for a second-rounder. If the Vikings decide to go this route and essentially punt on the top of the draft, the Panthers would be a perfect trade partner.

The Browns are another team that are looking to acquire as many picks as possible, and getting the first pick of the second round would allow Minnesota to essentially get a first-round pick without dealing with the first round price tag. This deal would only be made if a player the Vikings really like and expected to be taken ends up sliding out of the first round. Moves like this are made every year, and the Vikings are prime candidates in 2017.