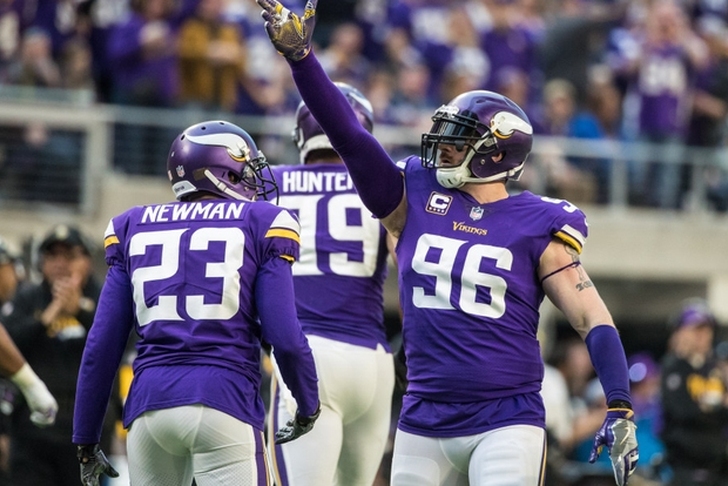 The Minnesota Vikings have already made a flurry of moves this offseason, including a good number of cuts. We all know that cuts are a major part of the NFL preseason, and as we approach the start of training camp, which notable Vikings may be the best to be released? Here are the three most likely:

Robison is expected to retire after the 2018 season and has been a productive player for Minnesota throughout his career, but if the team is looking to save a significant amount of cap space, he could become a cap casualty. He is scheduled to make $3.5 million next season with no dead cap hit. Sentiment may keep Robison on the roster but, from a business perspective, he could be gone. Forbath has been a solid kicker throughout his career, but after the Vikings used ifth-round pick on Auburn kicker Daniel Carlson, the writing is on the wall. Head coach Mike Zimmer said Carlson was brought in for competition - but teams don't invest draft capital on kickers without the intention of keeping them around for the foreseeable future. Carlson will be Minnesota's kicker in 2018.

The ageless wonder's time in Minnesota will be coming to an end sooner rather than later and it could be this year. Newman is on the books for just over $1.1 million in 2018 with no deal cap, and with Mackensie Alexander continuing to improve, Newman is down on the depth chart. It's likely that he'll become a cap casualty.