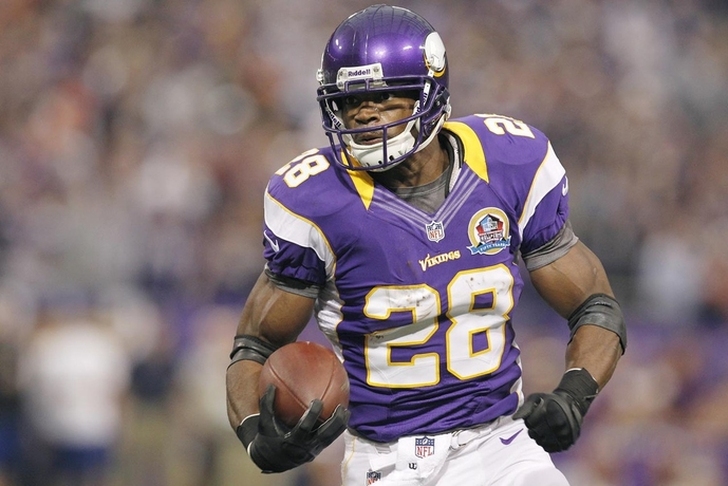 The Minnesota Vikings have several up-and-coming players that can be good fantasy football players in a few years, but they only have one stud right now. The rest of the Vikings are mostly sleepers.

I love Bridgewater. I have high expectations for him as an NFL QB, but that doesn't extend to the fantasy football world yet. He's a solid backup, but he's not ready to be a fantasy starter.

Peterson missed almost all of last season and is 30. Those are normally red flags, but Peterson is the exception to the rule. He's a freak athlete whose legs are younger than 30. He'll run angry this year and I think he'll have a monster season. I have him as my No. 1 player.

Asiata filled-in admirably for Peterson, but he's nowhere near as good. With Peterson back, his value is limited.

McKinnon might pass Asiata on the depth chart this season, but it won't matter. Peterson is going to get most of the touches.

Wallace wasn't the same player in Miami that he was in Pittsburgh. Even with the Steelers, he was limited to being a deep threat. He's worth drafting as a WR3 and hoping he plays like a low-end WR2, but don't bank on much.

A sleeper pick, Johnson passed Cordarrelle Patterson on the depth chart last season. Johnson has looked solid in the preseason and is worth spending a flier on in the late rounds.

Wright has limited upside in a PPR league, but don't expect much in standard ones.

Big things were expected last season out of Patterson and he failed in a big way. There isn't any reason to draft him this year.

Norv Turner's offense loves getting the ball to tight ends and Rudolph has the potential to be a good one. If he can just stay healthy, Rudolph could be a Top 7 TE this season. If you miss out on all the top TEs, Rudolph is a decent worst-case option.

Keep it here for all your Fantasy Football needs and Minnesota Vikings news!