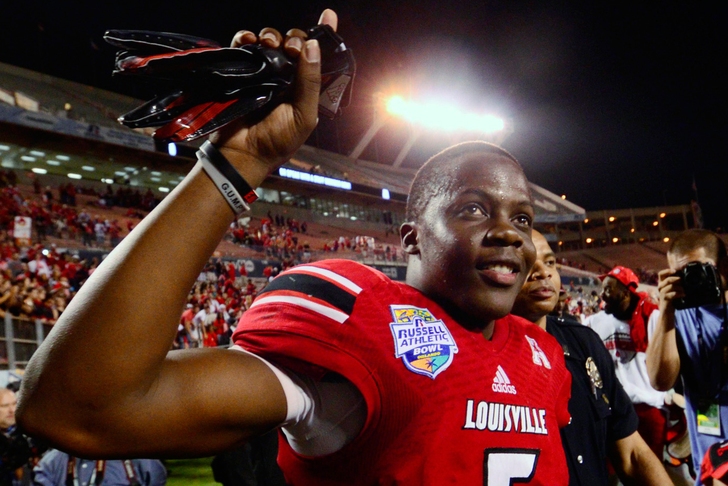 With the 32nd overall pick in the 2014 NFL Draft, the Minnesota Vikings have selected QB Teddy Bridgewater out of Louisville.

Bridgewater has a 2011 Big East Freshman of the Year award and a 2012 Big East Offensive Player of the Year award to his credit – with 2013 being just as impressive for Louisville’s star quarterback. Last season. Bridgewater went 303-for-427 for 3,970 yards, 31 touchdowns and just four interceptions. He finished with a 27-8 record in Louisville’s pro-style offense, and boasted a 113-inch broad jump and 4.20-second 20-yard shuttle at the NFL Combine.

Teddy Bridgewater’s intangibles are his greatest asset, possessing an extreme drive to both succeed and learn. He is well-versed in the NFL style of quarterback-play, and won’t require a ton of retooling in order to be game-ready for NFL competition. His mechanics are solid and his footwork is on point, using both his natural leadership qualities and innate understanding of the game to his advantage.

To see what Bridgewater brings to the Vikings, check out his highlight reel: