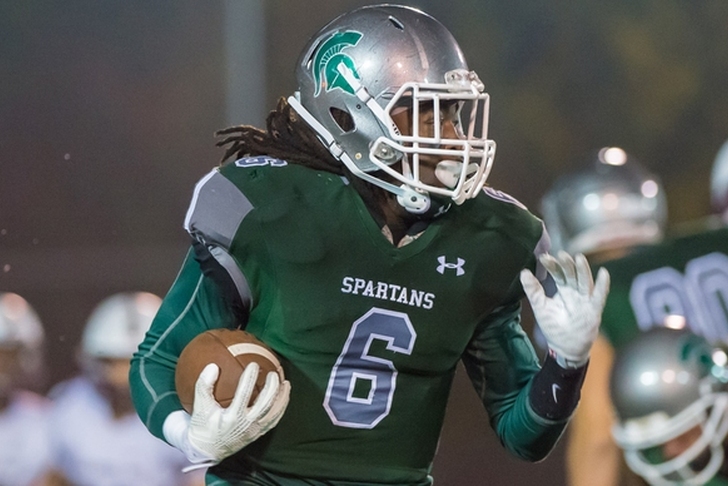 Before Rivals.com's final recruiting rankings were released Tuesday, Kareem Walker was the top ranked running back in the nation. The Michigan Wolverines recruit was the No. 41 overall prospect, but Walker plummeted in the final rankings for Rivals. Walker now checks in at No. 181, dropping 140 spots.

Walker originally committed to Ohio State after the 2014 National Championship, but decommitted from the Buckeyes. He later flipped to Michigan to join Jim Harbaugh. While Walker wasn't a five-star recruit on Rivals, Scout.com gave him the five-star designation.

The biggest reason for Walker's drastic fall was his poor play at the Under Armour All-American game. Walker struggled badly, and looked skittish in the backfield.

Walker is no longer a Top 10 back in the 2016 class on Rivals.com. He checks in at 11th, behind two Ohio State running backs. DeMario McCall (No. 66 overall) and Antonio Williams (No. 128 overall) rank ahead of Walker.

The Buckeyes now hold the top spot in Rivals' team rankings, with the Wolverines checking in at sixth.