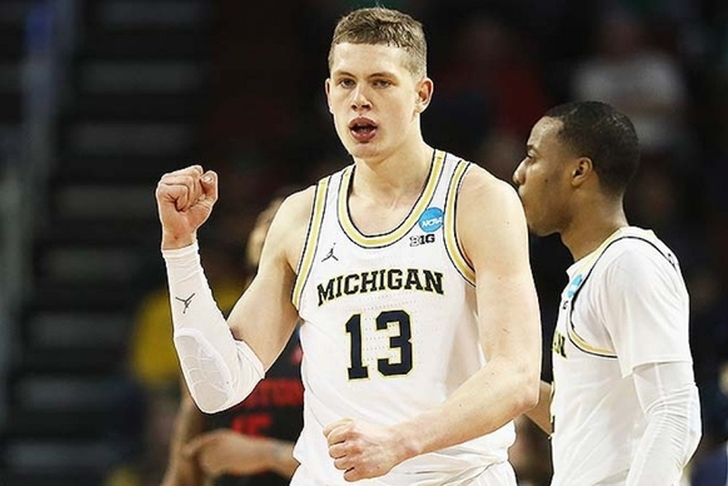 During the first part of the season, that gamble appeared to be a bad one due to the poor play of both him and the team, but Wagner's play in the tournament has helped resurrect his draft stock.

“Jalen Brunson has helped himself and Mo Wagner,” a Western Conference executive told NBA.com's David Aldridge. “Both players were late first or early second-round picks and I️ think both should go in the first round. Jalen has been good but I think his leadership has been undervalued. Mo played poorly early in the year but has come on as of late.”

RELATED:
#3 Michigan vs. #11 Loyola-Chicago Preview & Prediction: Who Will Advance To The Title Game?
James Yoder reports on Shea Patterson

However, there are also teams that still aren't very high on Wagner. Sports Illustrated's Jeremy Woo writes that teams have "mixed opinions" on him.

As I’ve written before, Wagner is an acquired taste. You have to love his offensive skill set and three-point shooting and annoying on-court antics while willfully ignoring the fact that he just might not be athletic enough, or care enough about defense, or even play defense well enough to make it work in the NBA. Scouts have mixed opinions on Wagner and I’ve yet to find someone who’s truly in love with him (though that person is likely out there).

ESPN's Jonathan Givony has Wagner going to the Utah Jazz in the second round with the No. 49 overall pick should he enter the draft.

Catch up on all the latest college basketball news & rumors in the best sports app available - the Chat Sports App!

However, with a lack of depth in the draft, there are a large number of prospects that could conceivably go late in the first round, and Wagner is one of those guys.

The 6-foot-11, 245-pounder is averaging 14.3 points and 6.9 rebounds per game this season. He is both Michigan's leading scorer and three-point shooter.

NEXT READ: Why Michigan Can Win The National Championship