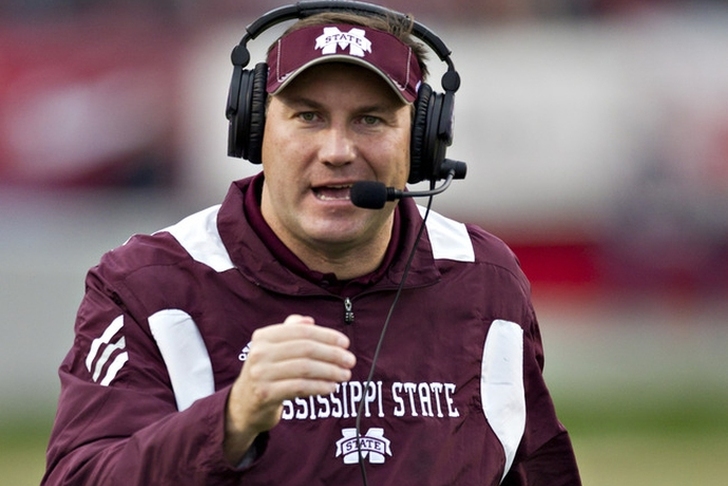 The Miami Hurricanes have interviewd Dan Mullen, Greg Schiano, and Butch Davis for their vacant head coaching job, according to ESPN.

Mullen has been the head coach at Mississippi State for seven season, leading them to the No. 1 ranking in the country last year. He has posted a 54-35 record during his tenure with the Bulldogs, turning around what was one of the worst programs in the country.

Davis coached Miami from 1995-2000, leading them to three Big East championships before leaving to coach the Cleveland Browns. He most recently coached at North Carolina from 2007-2010, and now works as a college football analyst for ESPN.

Schiano, who served as Miami's defensive coordinator from 1999-2000 under Davis, was the head coach at Rutgers from 2001-2011, posting a 68-67 record before leaving to coach the Tampa Bay Buccaneers. He went 11-21 in two seasons with the Bucs before being fired.

Former Georgia head coach Mark Richt, who was fired by the Bulldogs on Sunday, is expected to interview for the Miami job as well.

Miami fired head coach Al Golden on Oct. 26 after the Canes lost 58-0 to Clemson, the worst loss in program history. He went 32-25 in his four and a half seasons in Miami.

Follow our Miami Hurricanes news page for all the latest Miami football news!