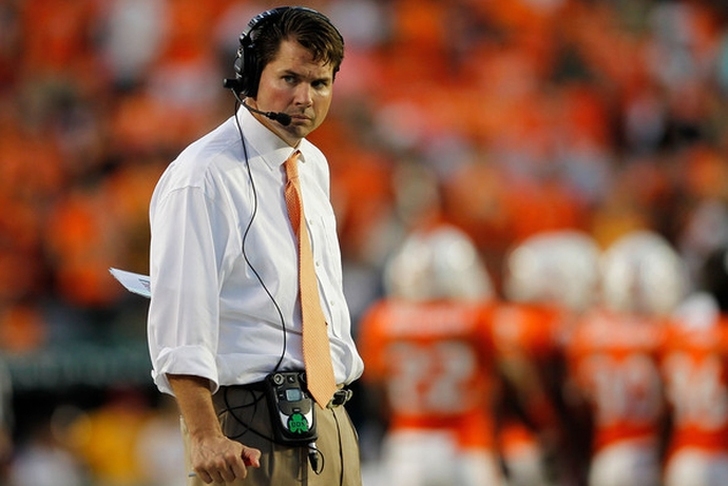 Larry Scott will serve as the Interim #Miami's Head Coach for the remainder of the 2015 season.

Golden has been on the hot season for about two years now, but Miami's 58-0 loss to Clemson on Saturday - the worst lost in program history - seemed to seal his fate.

The Hurricanes are just 4-3 this season, including a 1-2 record in ACC play.