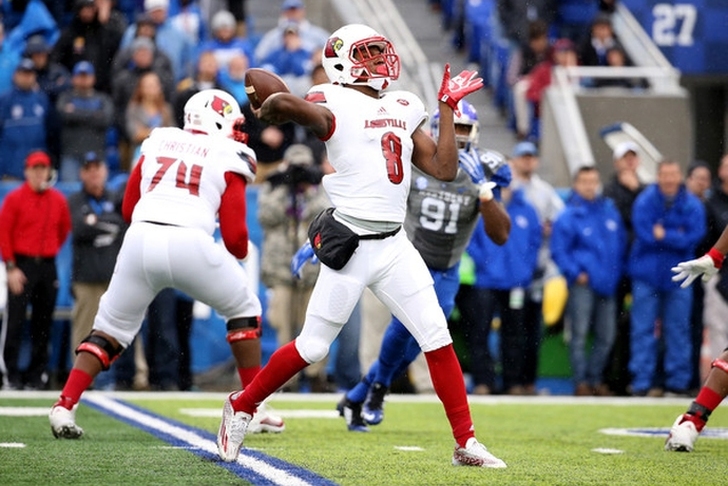 The Louisville Cardinals finished the season strong and made a bowl game with a 7-5 record, and they'd love nothing more than to cap their season with an upset bowl victory over Texas A&M. Here are three reasons why they'll do just that:

3) Louisville is streaking
The Cardinals started the season with a dreadful 0-3 mark, but responded by winning seven of their last nine games, including an impressive comeback win over Kentucky in their regular season finale. They're peaking at the right time, and that will show at the start of this game.

2) Texas A&M's offense in disarray
The Aggies offense wasn't what we've come to expect under head coach Kevin Sumlin this year, and know it's going to be even worse as quarterbacks Kyle Allen and Kyler Murray, both of whom started multiple games this year, have left the school to transfer elsewhere. That leaves sophomore QB Jake Hubenak under center, who is just 12/27 passing for 91 yards this season. Safe to say, Texas A&M is going to struggle to move the ball.

1) Lamar Jackson's emergence
Louisville rotated between three quarterbacks all season, but Lamar Jackson won the job with his efforts against the Kentucky, according to offensive coordinator Garrick McGee:

"We’re looking to win or lose the game with Lamar to start with, for sure. Hopefully he’s playing well and we’re moving the ball. If he’s not in rhythm and he’s not playing well and our offense is not in sync, then we have the ability to go in another direction."

Jackson's dual-threat ability makes him extremely dangerous, recording for 2,347 total yards and 19 total touchdowns this season. Look for him to gash an awful Texas A&M defense.