Report: Both LeBron James And Paul George Have Decided To Sign With The Lakers This Summer 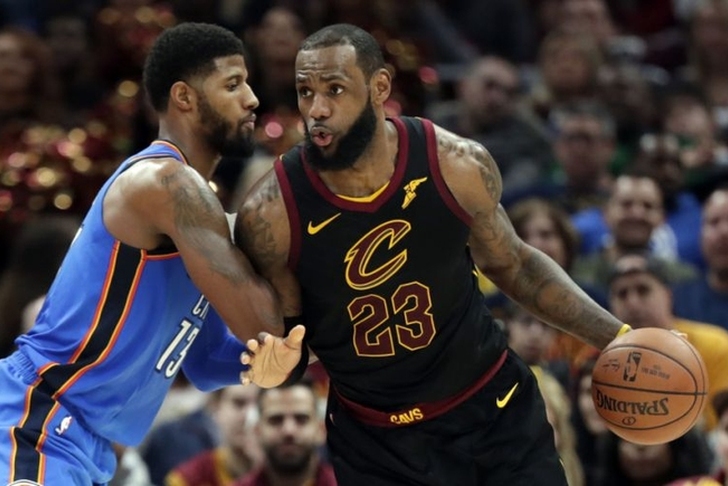 Paul George and LeBron James have been the team's top targets for those slots since new team president Magic Johnson and general manager Rob Pelinka took over, and according to one report, that plan will come to fruition.

Pete Zayas of Lakers Film Room told the Under the Buss Podcast that LeBron James has already decided to join the Lakers - and that Paul George will signing with them as well.

“I have had four different sources in the entertainment industry, none of them been basketball people," Zayas said. "LeBron is coming [to the Lakers with Paul George] he has had to put X, Y, and Z in motion from a marketing standpoint.”

George, a Southern California native, has expressed interest in signing with the Lakers dating back to last season and is the reason why the Indiana Pacers traded him to OKC last summer. He averaged 21.9 points, 4.7 rebounds, and 2.0 steals per game this season.

The Lakers have also been thought of as the favorite to lure LeBron away from the Cavs. James already owns a home in Los Angeles, which is where he trains in the offseason, and his kids have also been enrolled in school there. He also plans to have a post-playing career in Hollywood, which living in LA would help him get a head start on.