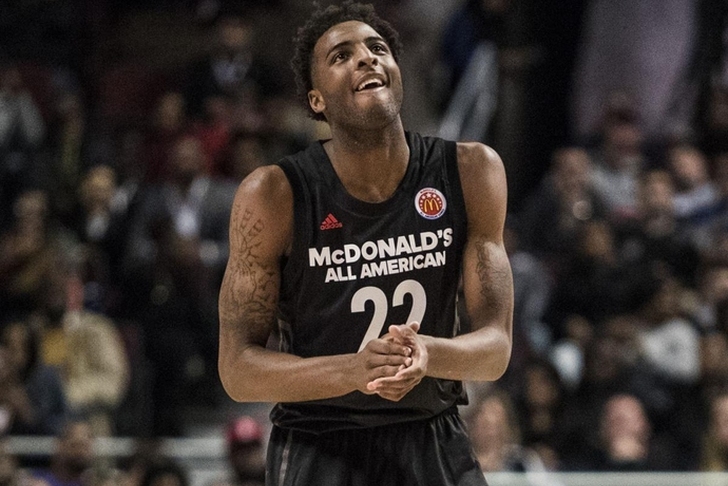 The Los Angeles Lakers hold the No. 25 overall pick in the first round of upcoming NBA Draft, and while the team is still evaluating their options, it appears they already have their top targeting in mind.

According to NBADraft.net, the Lakers have promised to take the talented but troubled center 20-year-old Mitchell Robinson if he's available at No. 25.

Robinson surprisingly withdrew from the NBA Combine earlier this week with reports that he had received a promise from a team picking late in the first round. Once a player receives a first-round promise, they usually avoid any more on-court workouts in order to avoid injury.

The No. 9 overall recruit in the 2017 class, Robinson has not played a competitive basketball game since his final year in high school and spent the last year preparing for the NBA Draft.

After surprisingly committing to Western Kentucky, he left school when assistant coach Shammond Williams, his godfather, resigned from WKU in early July. Then he went back to school to honor his commitment and play for head coach Rick Stansbury. Then he left campus for the second time with the intent to transfer to another school. However, he would not have been eligible to play this season since he took summer classes at WKU, so he opted to just drop out of school entirely and wait for the draft.

Still, there is a lot of interest from teams in Robinson. He is an athletic 7-foot, 225-pound prospect with good shot-blocking ability. His offensive game is raw up has upside because of his athleticism.

Of course, it remains to be seen if Robinson will be available at No. 25. He is projected to go to the Washington Wizards with the No. 15 pick in our post-lottery mock draft. The Phoenix Suns are also known to have some potential interest at No. 16.