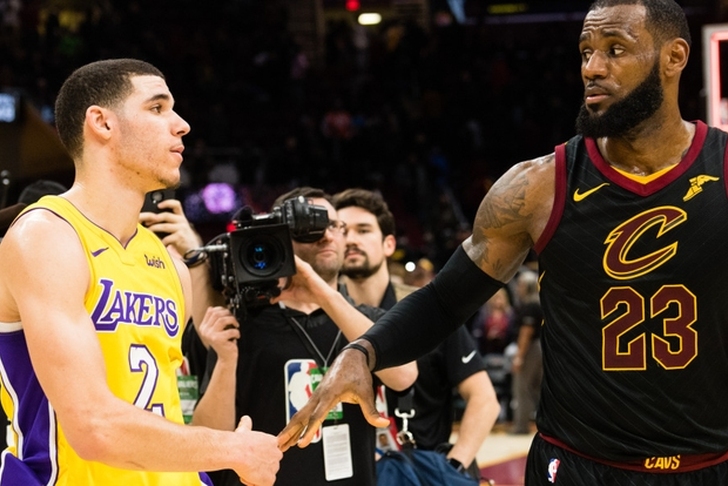 The Los Angeles Lakers thought of as the favorite to lure LeBron James away from the Cleveland Cavaliers in free agency this summer and LaVar Ball, father of Lakers point guard Lonzo Ball, guaranteed that LeBron will end up playing for the Lakers.

"I know it's going to happen. I told you to call him LA 'Bron. For LeBron to be considered better than Jordan ... to justify that he's the best player in the world ever, he's got to win a couple more championships somewhere else." — @Lavarbigballer pic.twitter.com/bbn6vE14pq

"I don't think it'll happen. I know it's gonna happen," LaVar Ball said on FS1's Undisputed. "I told you to call him LA'Bron. I told you to call him LA'Bron. For him to be considered better than Jordan, his narrative has to be everywhere he's went, he's won … To justify that he's the best player in the world ever, he's got to win a couple more championships somewhere else."

James already owns a home in Los Angeles, which is where he trains in the offseason, and his kids have also been enrolled in school there. He also plans to have a post-playing career in Hollywood, which living in LA would help him get a head start on.

The Lakers are hoping to sign two All-Star caliber players to max contracts this offseason and have created the cap space to do so. LeBron is their top target, and they are also pursuing Oklahoma City Thunder forward Paul George and Houston Rockets guard Chris Paul.

Los Angeles has long coveted Paul as they had a deal in place to acquire him in a trade with New Orleans in 2011 before the league vetoed the trade. That led to Paul joining the Los Angeles Clippers, where he played before being dealt to the Houston Rockets last offseason. Paul averaged 18.6 points, 7.9 assists, and 5.4 rebounds per game this season.

George, a Southern California native, has expressed interest in signing with the Lakers dating back to last season and is the reason why the Indiana Pacers traded him to OKC last summer. He averaged 21.9 points, 4.7 rebounds, and 2.0 steals per game this season.