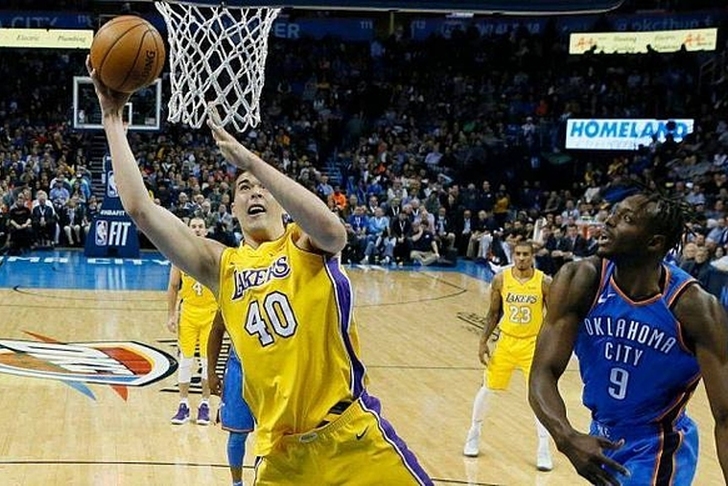 Los Angeles Lakers big man Ivica Zubac has been a staple of the team's rotation since they parted with Andrew Bogut and traded Larry Nance Jr. to the Cleveland Cavaliers, playing at least 11 minutes in five of the last seven games, including four games in a row.

The Lakers have won each of the last three of those games, and Zubac's play has been a major reason for that.

"When you're not playing you're not feeling good because this is what I'm doing my whole life," said Zubac, who is in his second season in the NBA. "Now when I'm finally in the rotation, everything else feels much better. Life is much better."

MORE LAKERS RUMORS: Isaiah Thomas "Could Have A Place" In Team's Long-Term Plans

"He's come a long way. What I really like, what he's been doing is being more aggressive," Walton said. "Rolling to the rim, no matter what, whether he thinks he's getting the ball or not. Getting offensive rebounds, running into screens instead of jogging into them. So he's done a really good job of doing the little things better. He's got a great skill-set for his size, great touch, great feel for the game. But with his most recent opportunity he's done a really good job of being more physical and aggressive in what he's doing."

Zubac is averaging 9.3 points and 3.0 rebounds in 15.3 minutes per game since the All-Star break.