Lakers Rumors: Isaiah Thomas "Could Have A Place" In Team's Long-Term Plans 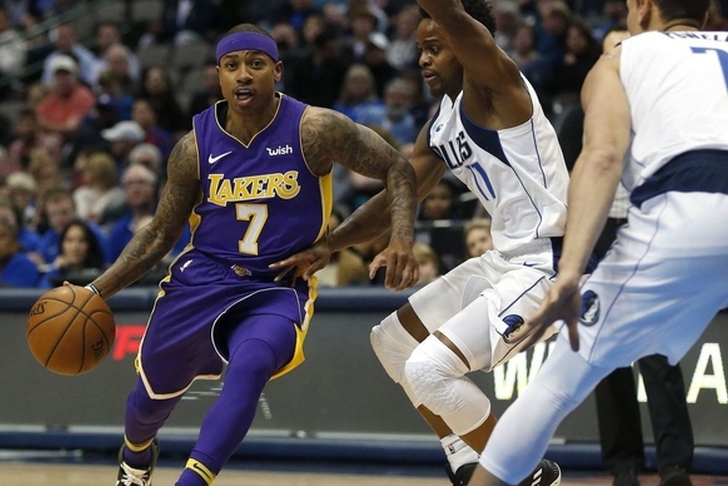 The Los Angeles Lakers acquired Isaiah Thomas in a trade deadline deal with the Cleveland Cavaliers in a deal that gave L.A. the necessary cap space to offer two max contracts to free agents this offseason, but there's a chance Thomas stays with the Lakers long-term, according to Mark Heisler of the Orange County Register.

With necessary discounts from James’ $35 million and George’s $30 million, Thomas, on an expiring deal, could have a place here, not as a ball-dominating point guard but an explosive sixth man who could be a huge plus in today’s fast-paced, firepower-oriented, floor-spacing game.

The best part for the Lakers is that Isaiah could work, helping them recruit more stars, whether they land two, or one, or none. For the first time in a long time, their strategy isn’t hit-or-miss but flexible.

Los Angeles has reiterated that rookie Lonzo Ball is their starting point guard, which upset Thomas and led to rumors of a buyout following the trade. However, Thomas appears to have accepted the sixth man role (for the time being), scoring 22 points while dishing out six assists in 31 minutes off the bench in his Lakers debut.

Of course, this offseason could be a different story. The Lakers are planning to use their cap space to pursue both LeBron James and Paul George, and Thomas is expected to command a sizable contract on the open market. Los Angeles will likely only entertain the idea of bringing Thomas back if LeBron or George turn them down.

Thomas is averaging 15.2 points and 4.6 assists per game this season.