Lakers Draft Rumors: Los Angeles Is "Interested" In Anfernee Simons, Could Take Him With No. 25 Pick 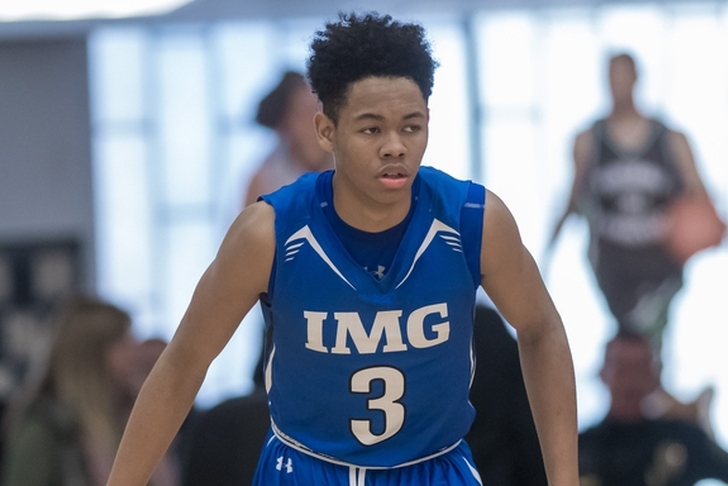 Though the Los Angeles Lakers have reportedly promised to draft Maryland guard Kevin Huerter if he's available with the No. 25 overall pick, the team is still doing their due diligence on other prospects should Huerter be off the board on draft night.

And, according to Kevin O'Connor of The Ringer, Anfernee Simons of IMG Academy is someone they are very interested in.

Anfernee Simons is getting some first round buzz: The Blazers and Lakers are interested in the late first, per sources. Heard Simons also impressed at a workout on Wednesday with the Cavs. Simons is raw but projects as an athletic scoring guard with size: https://t.co/MMsjLxHu0W

Simons was the No. 7 overall prospect in the 2018 recruiting class and but is taking advantage of something of a loophole in the one-and-done rule a la Thon Maker and is making the jump straight to the NBA out of prep school.

The 6-foot-4, 185-pound combo guard is still very raw in his development but has a good deal of upside as an athletic perimeter scoring threat. His size and 6-foot-7 wingspan also give him some defensive upside defending point guards, but he really needs to work on his playmaking and decision-making abilities if he's going to play point guard full time.

Simons is projected to go anywhere from the middle of the first round to the middle of the second round so he may not be on the board when the Lakers pick. Some teams are scared off by how much of a project he is but others are intrigued by his upside.

It appears that you can count the Lakers as part of the latter.