Lakers And Pacers Are Discussing A Paul George Trade 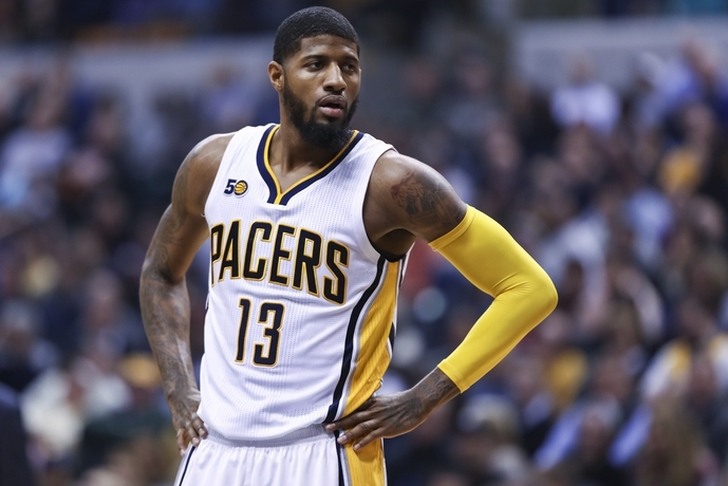 The Paul George Trade Saga continues, as the Indiana Pacers have now started trade talks with the Los Angeles Lakers.

League sources tell @RamonaShelburne and me: The Pacers and Lakers have engaged on Paul George trade talks in advance of Thursday's draft.

George has already made it clear he plans to join the Lakers after next year, but the Lakers could elect to add him now to prevent a team like the Cavaliers from trading for George and then convincing him to stay.

It's unclear what exactly the Pacers want in a trade, but with George serving as just a one-year rental for any non-Lakers team, they likely won't get much. The Lakers are reportedly won't give up Brandon Ingram or the No. 2 pick in any trade.

If a trade does happen, it will likely come before or during the NBA Draft. The Pacers, without Paul George, will look to start their rebuild.

Check out our Los Angeles Lakers team page for all the latest Lakers Trade Rumors or download the Chat Sports App!