LA Kings: Three defensemen worth trading up for in NHL Draft 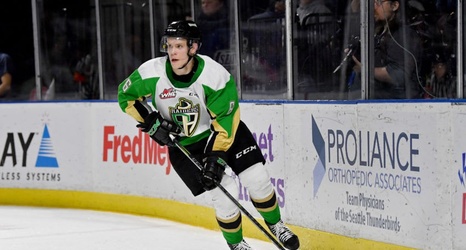 The LA Kings should consider trading up for these three defensemen in the 2020 NHL Draft.

We are just eight days from the NHL Draft. The Stanley Cup should be wrapped up this week, if not by tonight. The LA Kings haven’t played since the middle of March, but it’s been nice to have competitive hockey to watch. Once the Stanley Cup is awarded, each organization will turn its attention to their respective draft boards.

For the Kings, they hold the second overall pick. The long debate of Quinton Byfield versus Tim Stutzle will soon have a conclusion.