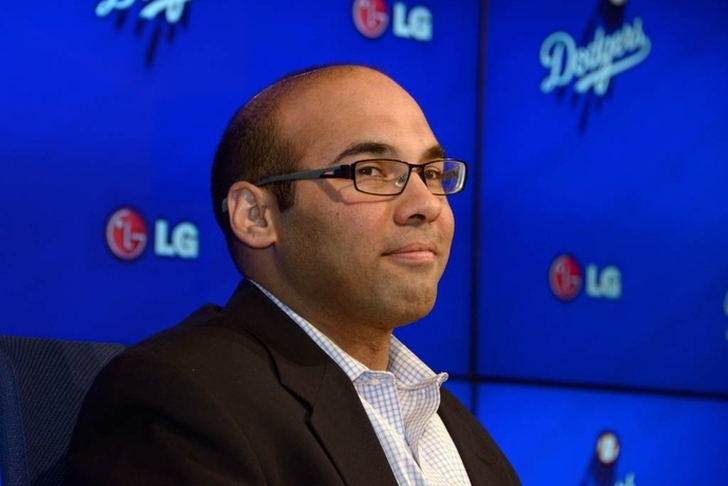 The MLB offseason has been relatively quiet to this point for the Los Angeles Dodgers. Now that Winter Meetings are underway the rumor mill is buzzing with potential signings, targets, and trades. This is leaving Dodger fans wondering if, or when, the team will make any big offseason moves. Yesterday's Dodgers Rumors Roundup covered the latest on the Yu Darvish and Christian Yelich, so I'd recommend starting there so you don't miss any news.  Here are all the latest Dodgers news & rumors you need to know:

Dodgers Unlikely To Make Move This Week
Dodgers general manager Farhan Zaidi said it’s unlikely the Dodgers make a move this week, but there is a chance they could make a few transactions next week.

Farhan Zaidi said it’s unlikely the Dodgers make a move this week, but there is a chance stuff could happen next week.

The Dodgers are still trying to improve, but they don't have any glaring holes that need to be filled.

Even though the Dodgers haven't made a move during the Winter Meetings, it doesn’t mean that meaningful moves aren’t on the horizon.

Dodgers, with a full 40-man roster, did not lose any player in the Rule 5 Draft. In the Triple-A phase, they took infielder Angelo Mora from Baltimore.

The 24-year old infielder was signed by the Philadelphia Phillies in 2011 and was with them for seven years before signing with the Orioles in November of this year. Mora spent 2017 in both Double-A and Triple-A. In 2017, batting .291 along with nine home runs.

Dodgers Looking To Hit The Jackpot
The Dodgers will need to replace relief pitcher Brandon Morrow because he signed a two-year, $21-million deal with the Chicago Cubs this month. Los Angeles has the luxury tax to worry about, which makes it difficult for them to spend money on a relief pitcher, hence why they need to hit the jackpot.

Zaidi was asked what the Dodgers saw in Morrow that allowed them to make something out of nothing, he said.

The Dodgers have shown in back-to-back years that they can find talented relief pitching with Joe Blanton and now Morrow in unlikely places. If the Dodgers are going to hit the jackpot again, they need to follow a similar blueprint to the one that brought them to both Morrow and Blanton, considering they have been sitting out the relief pitcher market.