Justin Herbert to be honored by Senior Bowl 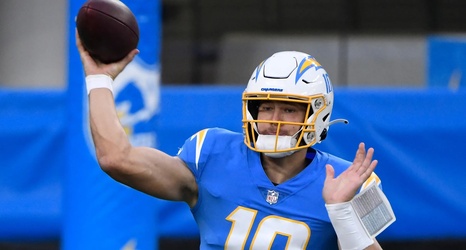 Before Justin Herbert was drafted by the Chargers with the sixth-overall pick in last year’s draft, he authored a dazzling performance at the Reese’s Senior Bowl, earning MVP honors in college football’s premiere all-star showcase.

On June 23 of this year, Herbert, the Senior Bowl’s 2020 Rookie of the Year, will join 2019’s Rookie of the Year Terry McLaurin in being honored alongside five other former Senior Bowl alumni who will be inducted into the game’s Hall of Fame. Among those being inducted are current New Orleans Saints defensive end Cam Jordan and former Colts wide receiver Reggie Wayne.