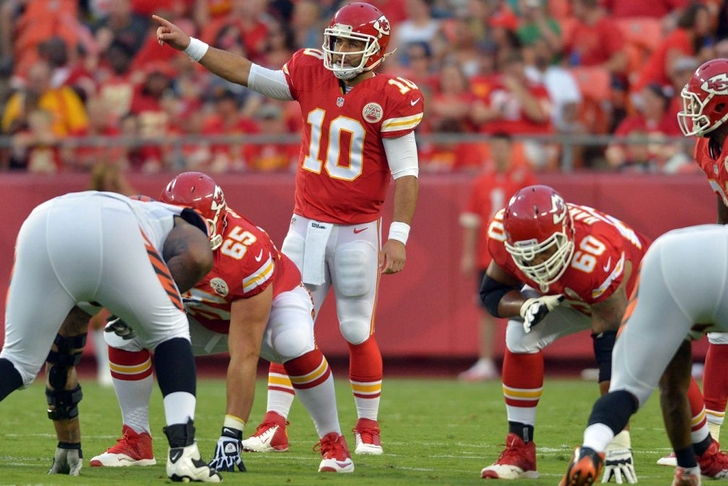 The San Diego Chargers had their playoff destiny firmly in their own control, but a game Kansas City Chiefs squad led by backup quarterback Chase Daniel altered the AFC playoff landscape dramatically with a 19-7 victory in front of a raucous crowd at Arrowhead.

With the Baltimore Ravens' victory over the Cleveland Browns on Sunday, the Chargers (and Chiefs) are officially eliminated from playoff contention while the Ravens their ticket to the postseason.

Chargers QB Philip Rivers was sacked and stripped of the ball early in the third quarter by Chiefs linebacker Justin Houston. Fellow linebacker Joe Mays would scoop up the ball to instantly put KC in field-goal territory at the Chargers 17.

The team's were virtually equal for most of the day in key offensive categories such as time of possession and total yards. However, two Philip Rivers turnovers proved the death knell for the Chargers' hopes in this one.

Eddie Royal continues to be one of the most underrated wide receivers in the game, and his four catches for 95 yards (along with an overturned TD catch) stands as firm evidence of that.

His numbers may not have been exactly pretty (16-for-27, 157 yards), but Chase Daniel was a stabilizing force for a Chiefs team left in limbo after Alex Smith was diagnosed with a lacerated spleen.

San Diego is left wondering about what might have been after going from a wild card favorite to out of the playoffs in just one afternoon. They finish the year at 9-7.

Kansas City also finishes out of the playoffs at 9-7, but a win without their starting quarterback over a desperate division rival will leave a good taste in their mouths heading into the offseason.