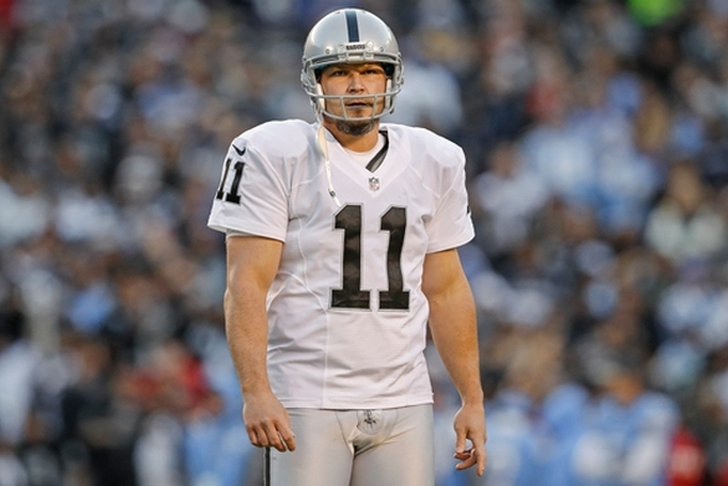 The Oakland Raiders announced Saturday that they have placed kicker Sebastian Janikowski on injured reserve with a back injury.

To take his place, they have signed Giorgio Tavecchio from the practice squad.

Tavecchio has never played in a regular season game, but he has spent time with Oakland in each of the last four preseasons. He is 9-for-11 on field goals in the preseason in his career.

Earlier this week, Janikowski agreed to take a $1 million pay cut following a contract dispute with the team. If he didn't agree to a pay cut, Oakland was considering releasing him.