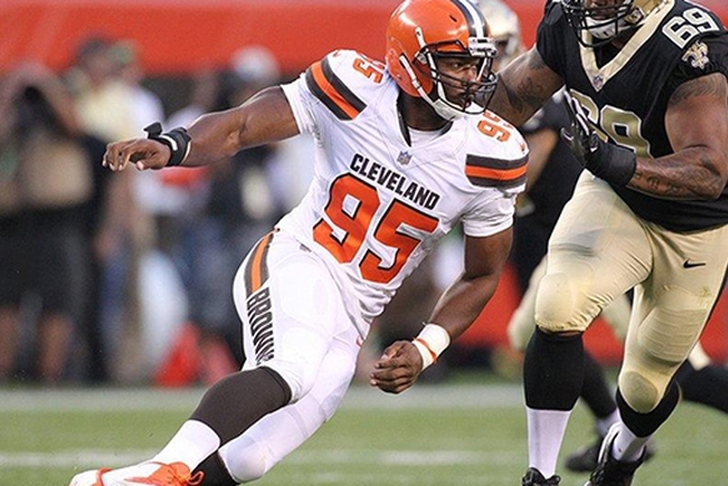 The NFL regular season is set to kick off tonight with the New England Patriots hosting the Kansas City Chiefs, but that doesn't mean everything is set in stone for all 32 teams around the league. Injuries are already playing a major role in the season, and a pair of players are in headlines amidst contract disputes. Here are all the latest NFL news and rumors you need to know:

Garrett to miss four games with high ankle sprain
Cleveland Browns rookie defensive end Myles Garrett suffered a high ankle sprain when a teammate stepped on his foot during practice on Wednesday and could miss the first four games of the season with the injury, according to Mary Kay Cabot of the Cleveland Plain Dealer.

#Browns Garrett had freak accident in practice Wednesday. Teammate stepped on side of his right ankle. High ankle sprain. Could be 4 wks

Garrett had 33 tackles with 15 tackles for loss and 8.5 sacks in 10 games last season for Texas A&M.

Aaron Donald to miss season opener
Another defensive lineman who doesn't seem willing to take the field anytime soon, Los Angeles Rams defensive tackle Aaron Donald will not play in their season opener against the Indianapolis Colts this weekend due to his holdout, according to ESPN's Adam Schefter.

No surprise to anyone, but with no recent progress, Rams holdout DT Aaron Donald expected to miss Sunday's regular-season opener ve Colts.

Donald has two years and $8.7 million left on his rookie deal, but he is seeking a new contract that would make him one of the highest paid defensive players in the league. The two sides reportedly remain far apart on a deal.

Donald, who Pro Football Focus ranked as the best player in the entire league last year, had 47 tackles with eight sacks and two forced fumbles in 2016.

#Raiders K Sebastian Janikowski agreed to a small paycut, going from $4M to $3M — fully guaranteed. Could free up space for Donald Penn

Janikowski's deal would have become fully guaranteed on Saturday, and the Raiders contemplated cutting him. However, Oakland hadn't signed another kicker and kept the longest-tenured player on the team around. His $3 million is fully guaranteed.