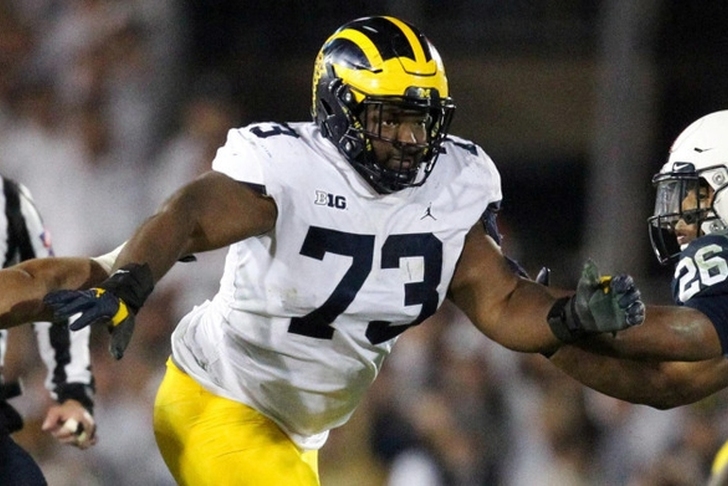 I have gone back and forth between Hurst and Vita Vea at this pick. Vea is a beast who would solidify the Raiders line for years to come. He is also versatile enough to play at any interior defensive line spot. But Hurst provides more of the interior pass rush the Raiders defense desperately needs.

The one thing that has given teams pause is questions about his heart. Not figuratively, but literally. He was pulled from the NFL Scouting Combine after being flagged for potential heart issues. Since then he has passed tests and was cleared to participate in the pro day. If he is right, as the most recent test suggests, he is the best 3-tech defensive tackle in this draft which is a position the Raiders have been drafting players in the first three rounds the past three years and been unable to find a steady, reliable presence. None of those picks were their top pick, however, and that may need to change this year.

Hurst has drawn praise for his ability to defend the run and the pressure the quarterback, something Oakland lacks on the interior of their defensive line.

Hurst racked up 59 total tackles, 13.5 tackles for loss, and five sacks as a senior for the Wolverines.