Scout: Michigan’s Mo Hurst Is Best Player In America, Could Go No. 1 In Draft 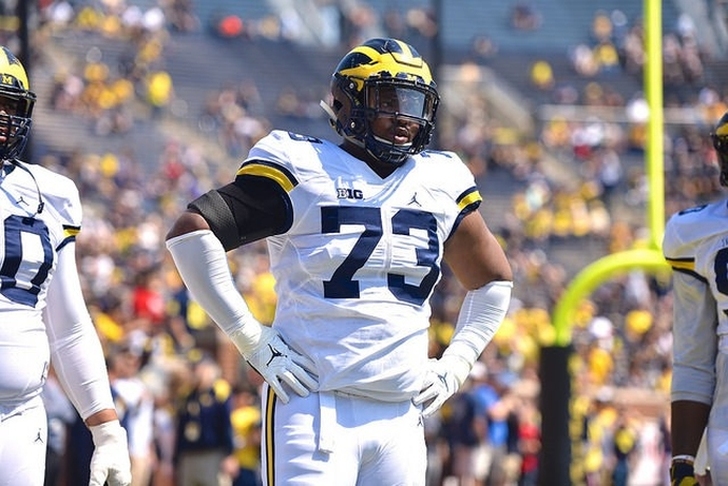 The Michigan Wolverines have one of the best defenses in the country against this season despite starting the year with only one returning starter thanks to a wealth of talent, depth, and tremendous coaching.

Defensive lineman Rashan Gary, the top overall recruit in the 2016 recruiting class, gets most of the headlines and focus when this group is discussed, but it's another lineman - defensive tackle Maurice "Mo" Hurst Jr. - that has the attention of NFL scouts right now.

Listen to the Michigan Football Report on iTunes and Google Play!

Those performances have highlighted a dominant year from Hurst, who PFF analyst Josh Liskiewitz thinks has bee the unquestioned best player in college football this season.

“Maurice Hurst is probably the best player in the country regardless of position right now,” Liskiewitz told TheWolverines.com. “There’s no other way to put it at this point.”

“He’s just dominant in every single phase. He reminds me of Gerald McCoy when he was at Oklahoma in that he’s just completely unblockable up front. Explosive first step and guys just can’t stay with him.”

USC quarterback Sam Darnold has been the consensus No. 1 overall pick throughout much of the season, but Liskiewitz said that Hurst has been so good, he should get real consideration for the top selection.

“Maurice Hurst has been as dominant as any player in the country at his position,” Liskiewitz said. “That’s a premium position as far as the NFL is considered. Solomon Thomas is nothing compared to Maurice Hurst, and he went No. 3 overall last year.”

Given the emphasis placed on quarterbacks in the NFL, Darnold will probably still go No. 1 overall in April. However, Hurst's play certainly has him as the favorite to be the first non-quarterback taken.

Follow our Michigan Wolverines team page for all the latest Michigan football news!