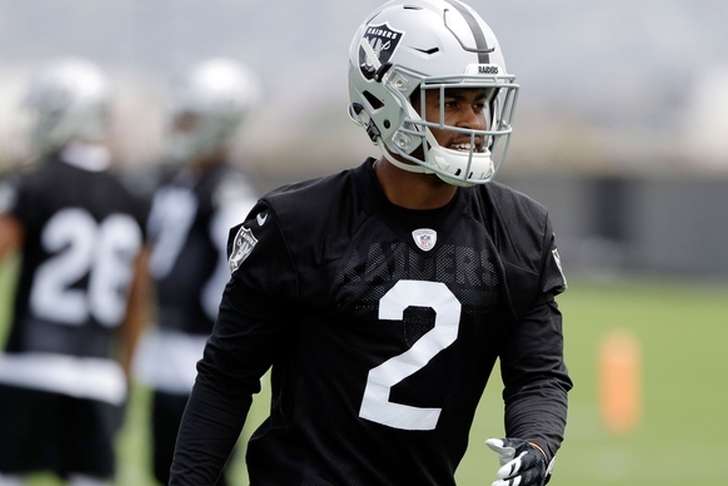 Just four rookies have yet to sign contracts and two of them play for the Oakland Raiders. First and second round picks Gareon Conley and Obi Melifonwu are still working on deals with the Raiders, but head coach Jack Del Rio isn't concerned.

"These are issues that should get resolved shortly and they’ll join the team," Del Rio said in an interview with 95.7-FM The Game in San Francisco. "It's one of those situations where, years ago, ... those were issues. Holdouts could last the whole camp and into the season. The structure is in place now (with the NFL’s rookie wage scale), and we expect these things to get resolved shortly and they’ll be getting their work in."

Conley is one of three first rounders without a deal, with his deal possibly being held up by the still on-going investigation into a rape accusation. He was accused of rape by a woman at a Cleveland Hotel in April, but the Raiders felt confident Conley was innocent and took him in the first round. No charges have been filed, although Conley's camp thought things would be resolved before training camp.

It's unclear what is taking so long for Melifonwu and the Raiders to reach a deal. He's the last non-first rounder left to be signed, but his agent thinks a deal will be done soon.

Raiders safety Obi Melifonwu a second-round pick. His rep Sean Stellato: "I remain very confident that we're close to a deal getting done."

Rookies are already supposed to have reported to camp for Oakland, though veterans aren't due in Napa Valley until July 28th. The duo can't participate until they sign their contracts.