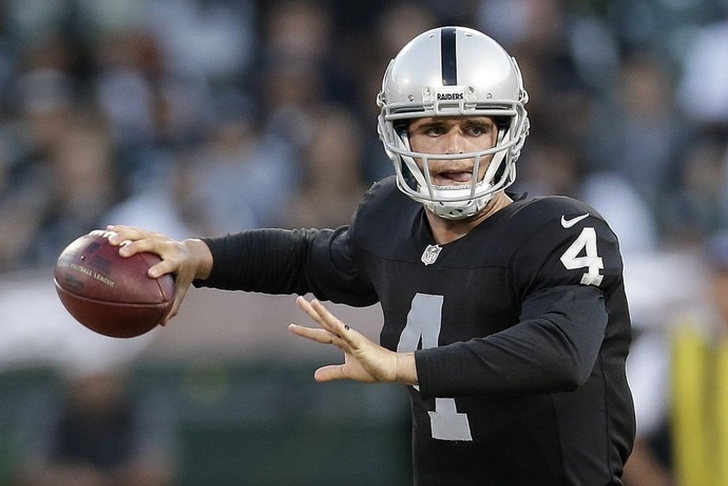 The Oakland Raiders have lost three of four after a promising 4-4 start, falling to the fringes of the AFC Playoff race with just four games to play. Will they get back in the race? How will things shake out down the stretch? Here's our projection for the final quarter of the 2015 campaign.

Spoiler alert: the Broncos' offense hasn't exactly been setting the world on fire with Brock Osweiler under center, although he's done enough as a game manager to stay unblemished. This is Oakland's chance to make a definitive statement and keep their playoff hopes afloat. We want to give them the nod, but we're still picking Denver and its defense on a coin flip due to home-field advantage.

Here's where the statement game will actually occur. Although the playoffs will be virtually out of reach, this Green Bay team has shown itself to be vulnerable at random points during their uneven 2015 campaign -- especially in the secondary. Derek Carr will torch the Green Bay secondary, helping the Silver and Black hold off a late charge by Aaron Rodgers.

Remember the beatdown the Raiders put on Philip Rivers for three quarters in the team's first 2015 meeting in San Diego? The Chargers look like they're ready to mail in the rest of the 2015 season, and that's the recipe for a brutal (bleep)-kicking on Oakland's home turf.

Oakland played well enough to beat Kansas City for three quarters of last week's loss, and we have an inkling they'll have the added incentive of knocking Kansas City out of the playoff race with a win at Arrowhead. The Raiders will do it, winning this one thanks to some Derek Carr fourth-quarter heroics. The Raiders finish at 8-8, out of the playoffs, but with plenty of optimism to spare heading into the offseason.