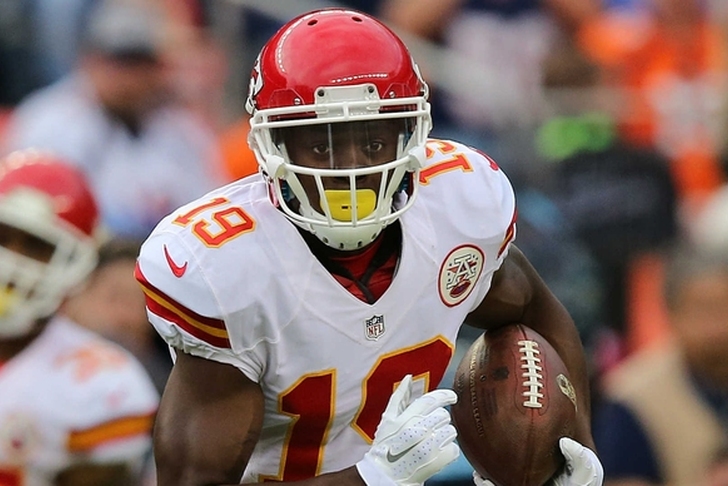 The NFL has hit the Kansas City Chiefs with punishments for tampering with Jeremy Maclin during the 2015 offseason. The Chiefs face $350,000 in fines and lost their 2016 third round pick and 2017 sixth round pick.

"While we respect Commissioner Goodell and the process, we believe that the penalties proposed in this case are inconsistent with discipline enforced in similar matters – particularly given the league's inconsistent communication of its policies on contact with potential free agents." the Chiefs said in a statement. "As an organization, we take great care to conduct ourselves with integrity and operate within the guidelines of the NFL. We have been fully cooperative and transparent with the league in this matter, and we are disappointed with the league’s decision. I want to make it clear that I fully support the leadership of both Coach Reid and John Dorsey. We will continue to explore our options under the appeal process."

It sounds as if an appeal is coming, and that's not much of a surprise given that draft picks are on the line. In addition, head coach Andy Reid was fined $75,000 and general manager John Dorsey was fined $25,000. Kansas City has five days to appeal the ruling.

Tampering is fairly common in the NFL, evidenced by the moves this week in free agency. Teams are allowed to enter negotiations with players, but they aren't allowed to agree to any terms. Based on the numerous deals reportedly struck before Wednesday, with monetary figures attached, it appears that numerous teams are guilty of tampering this year.