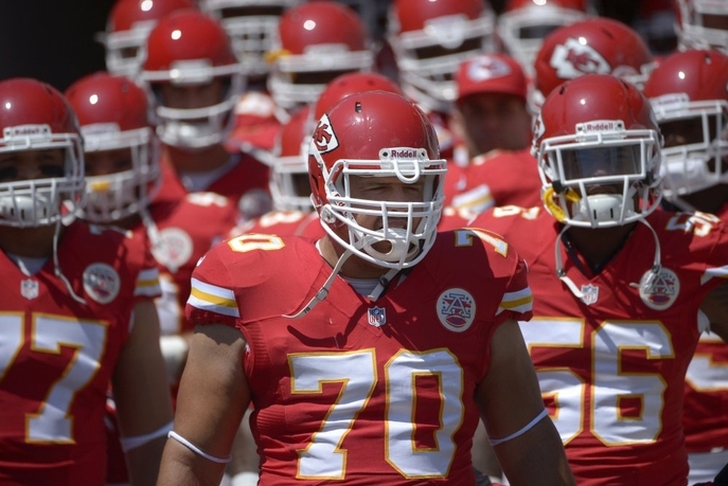 Kansas City Chiefs defensive end Mike DeVito retired earlier Monday, ending the 31-year old's playing career. DeVito was an unrestricted free agent, and the Chiefs will likely miss him. While not much of a pass rusher, he was stout against the run. With DeVito's retirement, the question for the Chiefs becomes how they replace.

The Chiefs are picking at the back end of the first round this year and hold the No. 28 overall pick. The retirement of DeVito could affect what the Chiefs do with that pick, although there isn't exactly a consensus. ESPN's Adam Teicher says defensive line isn't a need for the Chiefs, even with DeVito's retirement.

Teicher argues that the Chiefs will roll with recently re-signed Jaye Howard, Dontari Poe and Allen Bailey as their starters. The Chiefs need only to replace 271 snaps of DeVito's, and will likely give many of those snaps to Nick Williams. He's seems primed for a bigger role and the team also has Rakeem Nunez-Roches, last year's sixth round pick.

However, Terez Paylor of the Kansas City Star says the Chiefs could add a defensive lineman in the first round of the NFL Draft. Paylor points out that Poe is set to hit free agency. Paylor believes there's room for another versatile defensive lineman, which is why he mocks Mississippi State DT Chris Jones to the Chiefs.

The Chiefs were probably planning on playing this year without DeVito, so his retirement doesn't really alter the Chiefs' plans so much as it confirms them. While defensive line isn't a massive need for the Chiefs, the Chiefs could still spend an early pick on the spot since it's such a deep draft.