Here Are 3 Chiefs Veterans On The Roster Bubble 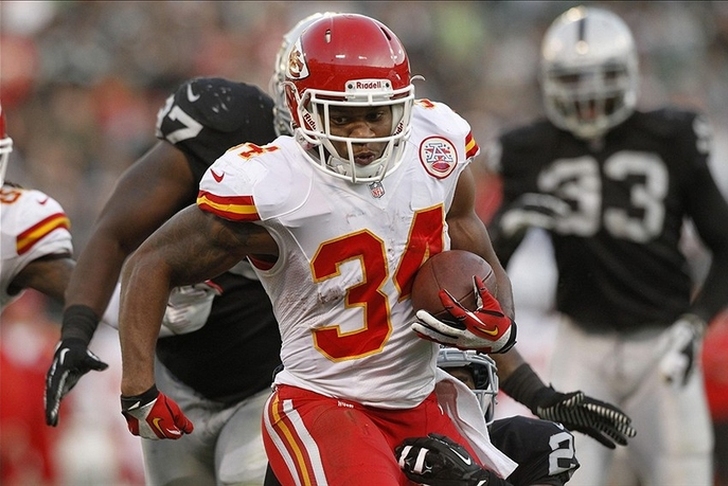 Each year, several veterans across the NFL end up cut or traded by their teams before the start of the regular season. That will likely be the case this year for Kansas City Chiefs. The Chiefs are once again a playoff contender, but could pick youth over experience at a few spots on the roster. With that in mind, here are three veterans who are on the bubble to make the Chiefs' roster.

There might not be a more likely trade candidate in the NFL right now than Davis. The Chiefs tried to move him during the draft, but couldn't pull of a deal. Davis has shown ability in the past, and will turn only 25 this year. He's only been in the league for a few years, but has seen enough action that he qualifies as a veteran. The Chiefs no longer need Davis with Jamaal Charles, Spencer Ware and Charcandrick West locked up. Expect Davis to be traded, especially once the injuries start piling up.

Thomas was on the roster bubble before the draft, and the selection of Tyreek Hill could totally bump him off it. He missed the last six games of the seasons for reasons that are still unclear and the Chiefs tried to trade him this offseason. Hill, in many ways, is a similar player to Thomas. If Hill can establish himself on returns, then there is no need for Thomas. Expect him to end up elsewhere when the regular season starts.

Cooper played a big role and played well in his rookie campaign. But since then, he's been relegated to the bench. The Chiefs drafted three corners this year, a clear sign that Cooper's job is in jeopardy. There's been talk of him moving to safety, but that's another position that already seems filled out with Jamell Fleming, Eric Berry, Ron Parker, Stevie Brown and Daniel Sorensen. Barring injury, Cooper might end up cut.