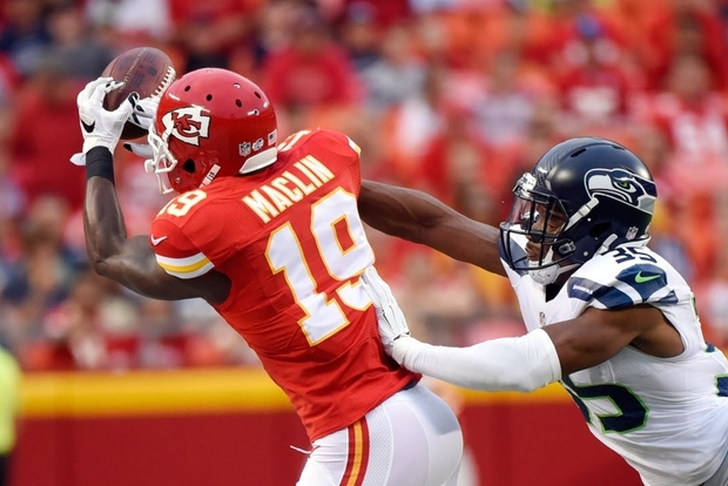 The Kansas City Chiefs, in a bit of a surprise, announced late Friday that they have released WR Jeremy Maclin. It's a Friday night news dump for the Chiefs, who will be without the player expected to be their No. 1 WR. The move comes two years into the five-year, $55 million deal Maclin signed with Kansas City.

“I’d like to thank Jeremy for his effort and dedication the past two seasons,” Chiefs General Manager John Dorsey said in a statement. “I have great respect for all players, which makes decisions like these very difficult, but we felt it was in the best interest of our club moving forward to part ways at this time. We wish Jeremy the best as he continues his career.”

“These decisions are never easy, especially with a player like Jeremy who I’ve grown close with on and off the football field over the years,” said Chiefs Head Coach Andy Reid. “I have a lot of respect for the way he goes about his business and how he handles himself as a professional. I wish him the best of luck moving forward."

Maclin battled injuries this year for Kansas City, but still caught 44 passes for 536 yards and two TDs. He had 87 catches for 1,088 yards and 8 TDs the previous year.

The timing of the move is curious. It comes after the draft and the Chiefs don't have a ton of options at WR right now. The move saves the Chiefs $10 million in cap space, since it's past June 1st. Players like Tyreek Hill, former third round pick Chris Conley, Albert Wilson and rookie Jehu Chesson will be counted on to step up in Maclin's absence.