The Chiefs' Four Biggest Team Needs For The NFL Draft 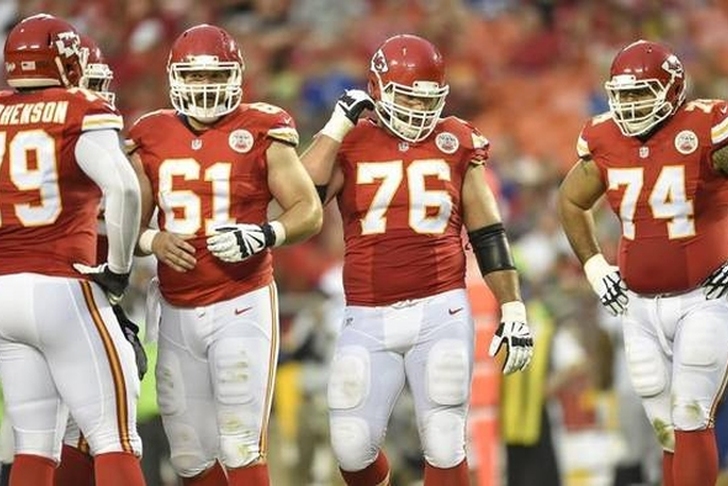 The NFL draft is nearly here, and the Kansas City Chiefs still have a few team needs they need to address during the draft. The team made a few moves in free agency, but will likely to address the rest of their team needs in the NFL Draft. With the draft three weeks away, it's time to take a look at the Chiefs' biggest team needs.

Although fans might want a new coach, general manager, owner or whatever, only positional needs are detailed here. Needs already addressed via free agency (like franchise tagging S Eric Berry) are not included. With all that in mind, here are the 4 Biggest Team Needs For The Chiefs For The NFL Draft:

1. Offensive Guard
The Chiefs are in a bad spot at OG. Jeff Allen left in free agency, and the team cut Ben Grubbs. That leaves the Chiefs with Laurent Duvernay-Tardif and Jarrod Pughsley as the projected starters. That's not a promising lineup and the Chiefs need to find someone they can start. Pughsley has almost no experience and Duvernay-Tardif wasn't great. Spending an early pick or trading for a veteran during the draft would be smart.

2. Cornerback:
The Chiefs lost Sean Smith this offseason to the Raiders. That's a tough blow, as Smith played great last season and was the team's best CB. Yes, Marcus Peters will take over the No. 1 role, but the Chiefs need more. Marcus Cooper and Phillip Gaines are on the roster, but they haven't really proven themselves as starters. The Chiefs need to add another corner in this year's draft to provide more depth at the very least. An early round pick should be spent on the spot.

3. Inside Linebacker:
The Chiefs are set at one ILB spot thanks to Derrick Johnson. However, he's aging and the team has little else at the position. Josh Mauga is passable as a starter, but he could be upgraded. At the very least, the Chiefs need to add someone they can groom behind Johnson. Download the Chat Sports app for more Chiefs draft coverage!

4. Wide Receiver:
The Chiefs have Jeremy Maclin as their No. 1 WR, and are hoping Chris Conley can take a step forward and take over the No. 2 role. But the Chiefs don't have much else at the spot. De'Anthony Thomas hasn't done much as a WR, although he has value as a return man. Rod Streater isn't anything special, and the same is true of Jason Avant and Albert Wilson. The presence of Jamaal Charles and Travis Kelce means the Chiefs aren't desperate for another weapon, but they still need one.