Titans Lead Kansas City 10-3 at the Half 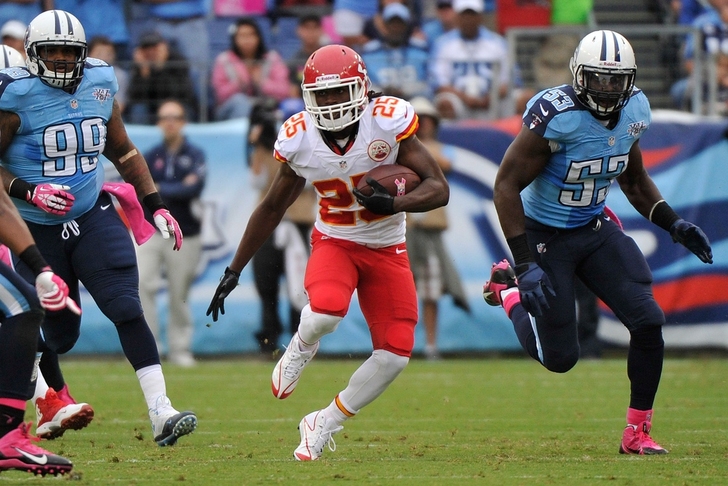 The Kansas City Chiefs host the Tennessee Titans to begin their 2014 season. Coming off a disappointing playoff loss to the Colts, the Chiefs are looking to start strong just as they did in 2013.

The defense started off strong, forcing back-to-back punts on the first two Titan drives, along with a big sack of Jake Locker to help stall a drive.

Santos missed his next attempt on the following drive, giving Tennessee a chance to get their offense going. They did just that, going up 7-3 with a Locker to Delanie Walker touchdown pass to finish off a 62 yard, 6:30 minute drive.

Kansas City could not muster anything else in the half, with Alex Smith throwing a late interception that led to a Titans field goal, giving them a 10-3 lead.

Second-half Prediction: The Chiefs offense has not looked in-sync, unable to sustain many drives. Look for the defense to make a big play to change the momentum of the game in the second half, with the offense capitalizing on the opportunity.